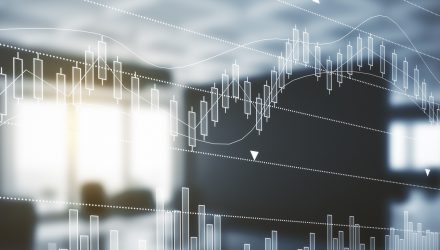 The financial services sector has had its shares of struggles this year, vexing investors even as interest rates rise and members of the sector report strong earnings. However, the sector has recently perked up and that could be a sign of short-term opportunity with leveraged exchange traded funds, such as the Direxion Daily Financial Bull 3X Shares (NYSEArca: FAS).

Renewed Opportunity For FAS, Others

There are reasons investors have not been enthusiastic about the financial services sector this year.

“The street’s reticence isn’t entirely ill-founded,” said Direxion in a recent note. “This earnings season did come in the wake of a couple major market corrections and also began in the midst of escalating tariff negotiations between the U.S. and China which could spell trouble for borrowers in the agricultural industry. Domestically, there is also the question of whether consumers will be able to afford to borrow as housing prices continue to rise to new heights in the midst of huge demand and credit card charge-offs rise to a six-year high.”