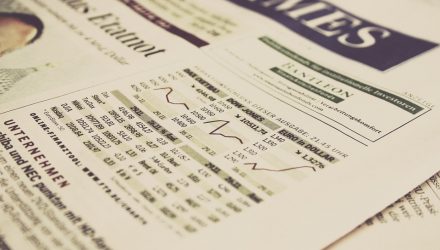 The Bureau of Labor Statistics published a positive jobs report with 213,000 jobs created in June, beating the forecasted number of 195,000, but more news of trade wars between the United States and China couldn’t knock the wind out of a rally in the Dow Jones Industrial Average.

“Total nonfarm payroll employment increased by 213,000 in June and has grown by 2.4 million over the last 12 months,” said the Bureau of Labor Statistics. “Over the month, job gains occurred in professional and business services, manufacturing, and health care, while employment in retail trade declined.”

The Dow began the trading day flat, but as of 11:10 a.m. Eastern Time, it managed to parry the trade war news and climb higher into the green at 92 points. In addition businesses themselves that are affected by the tariffs, these market disruptions by the trade wars could also be ongoing ramifications moving forward.

Related: Things to Look Out For in Friday’s Jobs Report

“If we think about supply chain disruptions, think about stock market effects, about business uncertainty, reduced private sector confidence, all of these are already having an effect on the economy and are already weighing on economic momentum,” said Greg Daco, an economist at Capital Economics.