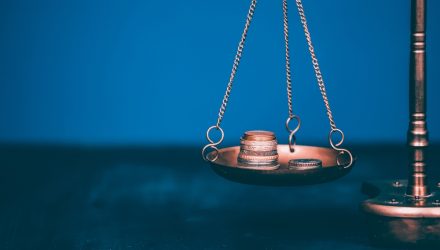 Equal-weight indices have demonstrated long-term outperformance in a number of global markets, as demonstrated again by the S&P 500 Equal Weight Index in February.

The S&P 500 Equal Weight Index outperformed the S&P 500 by 2% in February. While the S&P 500 started the month on the front foot, up 1.6% at one point, risk appetite dramatically waned following Russia’s invasion of Ukraine and the subsequent sanctions by NATO allies, leading to the U.S. benchmark losing 3% in February, according to the S&P Dow Jones Indices U.S. Equal Weight Sector Dashboard.

The S&P 500 Equal Weight managed to limit its losses to just 0.9%, as some of the heaviest drops were suffered by the market’s largest blue chips. Nine out of 11 equal-weight sectors outperformed their cap-weighted counterparts during February.

Energy was the top-performing equal-weight sector in February. Over the past 12 months, energy was the leader in both equal and cap weighted indexes. The sector had the highest relative strength and constituent volatility among the equal weighted sector indices.

According to S&P Dow Jones Indices, one major highlight in February was value’s continued outperformance, outperforming growth by 9.5% year-to-date. Equal weight indexes tend to have a greater tilt toward value than their cap-weight counterparts.

The simple arithmetic of rebalancing connects equally weighted indices to momentum effects. If the price of a constituent increases by more than the average of its peers, then its weight in the portfolio will increase, and the position will necessarily be trimmed at the next rebalance as the portfolio returns to equal weights, according to S&P Dow Jones Indices.

On the other hand, if a stock falls by more than the average of its peers, its weighting will fall too – and more must be purchased at the next rebalance to return to equal weight. Thus, equal-weight indexes sell relative winners and purchase relative losers at each rebalance, according to S&P Dow Jones Indices.