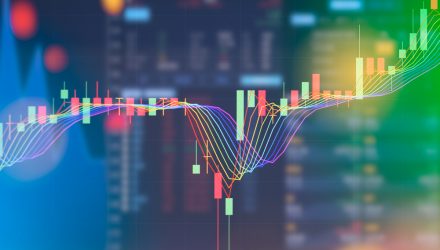 U.S. markets and stock exchange traded funds strengthened to near record highs as investors waited on the Federal Reserve’s meeting later this week.

The Nasdaq continued to take the lead while the Dow Jones Industrial Average broke above the 36,000 level for the first time ever during Monday’s session.

Looking ahead, the Federal Reserve on Wednesday is expected to implement plans to taper its coronavirus pandemic-era $120 billion monthly bond-purchasing program that has helped support the economy, Reuters reported.

“I think there is comfort in the Fed and this assumption that the Fed will be steadfast in its patiently accommodative position,” Kristina Hooper, chief global market strategist at investment management company Invesco, told Reuters.

Investors will also be watching out for any hints about where interest rates are going and the Fed’s outlook on the recent surge in inflation.

“The market has become very concerned that inflation is a far bigger concern than central banks were letting on in the middle of the year and they’re entering an inflation-fighting zone,” Seema Shah, chief strategist at Principal Global Investors, told the Wall Street Journal. “We need to hear clarity about what the Fed is intending.”

Updated data on Monday revealed that U.S. manufacturing activity slipped in October, with all industries showing record-long lead times for raw materials, reflecting the ongoing troubles with supply chains that could continue to impede economic activity heading into the fourth quarter.

“There continues to be positive sentiment around earnings despite some high-profile misses,” Hooper added.