You are at:Home»Portfolio Strategies Channel»This ETF Is Poised to Offer Strong Returns During Rising Rates 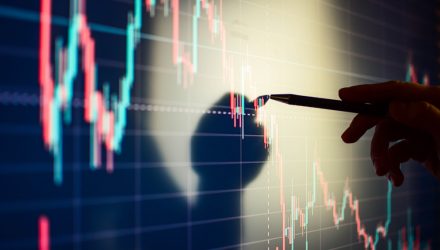 This ETF Is Poised to Offer Strong Returns During Rising Rates

The Federal Reserve said last Wednesday that it would raise the target federal funds rate 25 basis points as well as pencil in further rate increases this year to slow decades-high inflation.

Rising rates can have a disproportionate effect on certain market sectors. While growth stocks haven’t been consistently worse performers than value stocks during periods of rising rates, they’ve been hit particularly hard during the recent spike in interest rates due to their substantially higher valuations at the outset of recent market volatility.

Certain sectors within the stock market benefit from higher rates and are more sensitive to changes in interest rates compared to others. Financials are a well-known hedge as the sector benefits from higher interest rates through increased profit margins.

The Invesco S&P 500 Equal Weight Financials ETF (RYF) offers focused exposure to the financial sector of the U.S. economy for investors looking to overweight banks and other financial institutions in their portfolio.

RYF distinguishes itself from other broad-based financial ETFs by its weighting methodology. Unlike cap-weighted products, RYF is linked to an equal-weighted index, meaning that each component receives an equivalent allocation in the fund upon rebalancing, according to ETF Database. As of March 21, the fund has 69 holdings spanning mid-cap and larger size companies.

As a result, RYF maintains considerably lower concentration than most financial ETFs, as exposure is spread around evenly as opposed to being concentrated among a handful of mega-cap stocks, according to ETF Database.