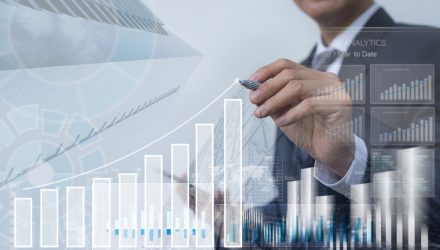 Shares of Morgan Stanley jumped 6% on Tuesday after the company reported fourth-quarter earnings that beat analysts’ expectations. Meanwhile, Goldman Sachs’ stock was down 7% after reporting its worst earnings in a decade.

Bank earnings kicked off last Friday, offering a preview of what this year will bring for markets. JPMorgan Chase (JPM) and Bank of America (BAC) were among the first to report earnings for the fourth quarter of 2022, both beating analysts’ expectations. Wells Fargo (WFM) beat estimates, and CitiGroup’s (C) earnings largely met analysts’ expectations.

According to FactSet, Profits among the six big banks are expected to fall by 15% year over year, while revenue should tick higher due to growing loan books, Barron’s reported.

The Invesco S&P 500 Equal Weight Financials ETF (RYF) is a strong offering to consider for investors looking to overweight the financials sector. RYF offers concentrated exposure to the sector while limiting concentration risk by utilizing an equal weight methodology.

RYF distinguishes itself from other broad-based financial ETFs by its equal weight approach. Unlike cap-weighted products, each component in RYF receives an equal allocation in the fund upon each quarterly rebalance. This institutes an anti-momentum effect by selling relative winners and buying relative losers at each rebalance.

As a result, RYF maintains considerably lower concentration than most financial ETFs, as exposure is spread around evenly as opposed to being concentrated among a handful of mega-cap stocks. This enhances the diversification in a portfolio’s financials exposure and limits concentration risk.