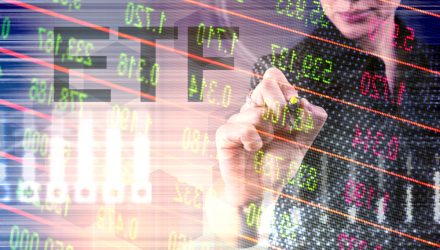 The Invesco S&P 500® Equal Weight ETF (RSP), which has remained on the leaderboard as one of the most popular ETFs all year, has notably seen nearly $2 billion in net inflows in the past month.

RSP has seen $5 billion in year-to-date inflows, making it Invesco’s second most popular ETF this year, as measured by YTD flows, trailing only the Invesco QQQ Trust (QQQ), which has taken in $5.8 billion in inflows.

Flows into RSP subsided between June and October, but have picked up in considerably since then. $1.8 billion entered the fund between October 16 and November 16, according to VettaFi.

RSP is an ideal fit for investors looking to maintain broad exposure to the U.S. market since the fund tracks the S&P 500 Equal Weight Index, which, as the name suggests, weights each of the S&P 500 constituents equally, around 0.20%. The process of buying relative losers and selling relative winners results in exposure that is considerably more balanced than other alternatives, and a methodology that has often resulted in outperformance.

Equal weight’s underweight of mega-cap growth companies has been a key contributor to the index’s outperformance this year, as these companies have consistently been among this year’s worst performers due to their increased sensitivity to rising interest rates, persistently high inflation, and a strong U.S. dollar.

Thus, equal weight strategies can provide diversification benefits and reduce concentration risk by limiting the impact that an individual security’s movements can have on the overall fund.