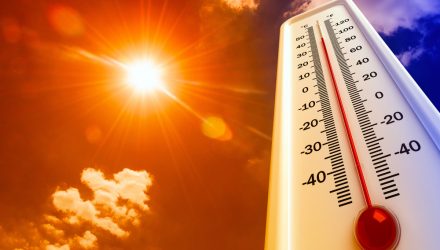 The energy sector was the best-performing group in the S&P 500 last year, and it’s repeating that feat in the first quarter. As impressive as those facts are, the sector remains inexpensive.

That could be confirmation that investors looking for value can still find some with the hot energy sector and that exchange traded funds, such as the Invesco S&P 500 Equal Weight Energy ETF (RYE), could offer more upside this year.

“Despite the energy sector’s 32% gain this year, the sector trades for only 60% of the S&P 500’s valuation. It trades above its five-year average valuation to the S&P 500 of 40%, but for much of that time, oil prices were relatively low, or even shockingly low, as they were when forward-month contracts for West Texas Crude Oil briefly fell below zero in April 2020 after demand collapsed during the early periods of the coronavirus pandemic,” reports Philip van Doorn for MarketWatch.

Acknowledging that energy remains a credible value destination is relevant in the RYE conversation because it’s often said that some of the outperformance potential offered by equal-weight ETFs is attributable to value tilts.

Indeed, RYE allocates 56% of its weight to value stocks. That’s a favorable trait at a time when energy stocks are still deeply discounted relative to the broader market.

“Investors looking for a bargain still appear to have one in the energy sector. A combination of low capital spending among U.S. oil and gas producers, combined with rising demand and the global supply disruption, all bode well for price support and cash flow,” notes van Doorn.

Another advantage offered by RYE, which is often mentioned regarding equal-weight ETFs, is the size factor, since many equal-weight funds tilt more toward smaller stocks. In the case of RYE, less than half of the fund’s 24 holdings are classified as large-caps.

That’s worth noting because the energy sector is large-cap heavy, and cap-weighted ETFs reflect as much. However, RYE shows that the size factor can be advantageous when oil prices are soaring and the energy sector is hot, as is the case today. Year-to-date, the Invesco fund is outpacing the cap-weighted S&P 500 Energy Index by 175 basis points, and RYE is doing that with none of its holdings exceeding a weight of 4.88%.