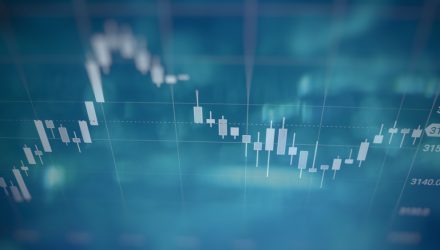 The Consumer Price Index (CPI) rose by a higher-than-expected 0.6% in January, climbing 7.5% year-over-year, the highest level since 1982, deflating hopes that inflation pressures would begin to ease.

In response, the risk to the current business cycle is elevated, Brian Levitt, global market strategist at Invesco, wrote in an Invesco insight.

“Cycles don’t end on their own volition, but rather the demise is almost always the result of tighter policy. We would expect financial conditions to tighten, albeit from easy levels, driven by higher real yields and widening credit spreads,” Levitt said.

Levitt said that the economy is likely to slow meaningfully as the Fed tightens policy and as consumers grapple with higher prices for food and rent.

In the slowdown phase of the cycle, equities are still favored; however, Levitt said to expect volatility to persist amid policy uncertainty, returns to become more modest, and the range of outcomes within equity indexes to become more extreme.

Higher quality businesses with pricing power and greater visibility of earnings will likely outperform as financial conditions tighten, according to Levitt.

As the S&P 500 has grown ever more top-heavy, many investors in products tied to the index have found themselves facing historic levels of concentration risk, according to Invesco.

High concentration could leave investors vulnerable if the companies’ current high valuations are to decrease. Historically, companies with seemingly unassailable positions can and do fade from the scene as their business models are disrupted or they fall victim to economic forces.

In 1970, the top five holdings in the S&P 500 were IBM, AT&T, General Motors, Standard Oil of New Jersey, and Eastman Kodak. By 2000, the top five holdings had dramatically shifted, consisting of GE, ExxonMobil, Pfizer, Citigroup, and Cisco. Today, none of the aforementioned companies are even present in the top 10, according to Invesco.

Investors concerned about the growing concentration risk in traditional market cap-weighted indexes may want to consider an equal-weight approach.

The Invesco S&P 500 Equal Weight ETF (RSP) offers investors a number of potential benefits. Each of the 500 holdings is weighted equally, around 0.20%.