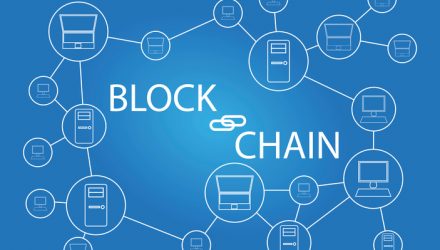 Plans Revealed for a Blockchain ETF

Amplify ETFs, the exchange traded funds issuer behind the Amplify Online Retail ETF (NasdaqGM: IBUY), among other products, revealed plans for the Amplify Blockchain Leaders ETF. That new ETF, which will be actively managed, is designed to offer investors exposure to companies that are well-positioned from the boom in blockchain technologies.

“A blockchain is a digitized, decentralized, public ledger of all cryptocurrency transactions. Constantly growing as ‘completed’ blocks (the most recent transactions) are recorded and added to it in chronological order, it allows market participants to keep track of digital currency transactions without central record keeping. Each node (a computer connected to the network) gets a copy of the blockchain, which is downloaded automatically,” according to Investopedia.

Blockchain technology was originally developed as an accounting method for bitcoin.

““We believe blockchain is a foundational technology that is still in its early stages, much like the internet in the mid 1980s,” said Christian Magoon, CEO of Amplify ETFs, in a statement. “The Blockchain Leaders ETF seeks to provide investors with convenient exposure to companies and applications actively involved in the growing blockchain ecosystem.”