You are at:Home»Webcasts»A Physical Gold ETF Backed by The Perth Mint 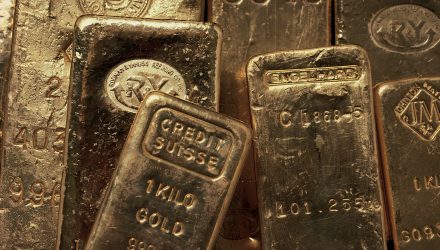 A Physical Gold ETF Backed by The Perth Mint

Investors who are looking for a way to diversify their portfolios may consider the potential risks and supporting factors that could maintain the gold outlook and consider an alternative approach to diversify a portfolio with a gold ETF.

On the recent webcast (available On Demand for CE Credit), Combating Geopolitical Risks in Your Portfolio, Cameron Alexander, Director, Metals Demand, Asia and the Middle East for Thomson Reuters, pointed to some of the overarching themes that could affect the gold market ahead, such as geopolitics and political risk, notably Brexit and tensions in the Middle East.

Basic consumer demand is an important buffer for price falls. As a result, Alexander argued that upside potential depends on continued uncertainty and risk hedging, predicting further price upside as a result. Looking ahead, rising prices could attract fresh retail investment in price-elastic regions, but upside momentum will be driven by external tensions. Alexander predicted that demand from ETFs could gain further ground in 2018 on rising geopolitical risk and uncertainty.

Alexander highlighted a recent Thomson Reuters GFMS survey that revealed physical demand recovering from a dismal 2016, with total physical demand before ETF activity gained 10% over the previous year – the recovery in jewelry demand and electronics drove the increase in industrial demand, but it was overall still well below earlier levels. Meanwhile, the annual reduction in supply last year reflected a drop of almost 100 tonnes in scrap return, which revealed gold’s relatively narrow range.

A rising middle class, notably among Chinese and Indian consumers that make up over 80% of global consumption, could further contribute to gold demand. Jerry Hicks, Sales and Business Development Manager for The Perth Mint, pointed out that by 2025, the World Gold Council expects China’s nominal GDP per capita to reach US$20,000, which surpasses the World Bank’s high-income threshold and exceeds the global average.

Additionally, the proportion of middle-class households across China’s 1.4 billion people is expected to hit 74% by 2020. Meanwhile, close behind China in terms of population is India, with 1.3 billion people, and it is expected to have a population of more than 1.7 billion by 2048. Both of these two emerging countries exhibit strong seasonal demand for gold.

“The cultural affinity for gold in these two Asian powerhouses is very evident from the lead-up to the Indian wedding season in September until Chinese New Year in February,” Hicks said.

Global central banks have also been a large contributor to gold demand, and for the eighth consecutive year, central banks provided a substantial source of demand in the gold market in 2017, with net official sector activity rising by 36% to 366 tonnes, Alexander said. Additionally, Russia’s central bank has been a large buyer this year, adding nearly 29 tons in July, the largest monthly increase since November.