You are at:Home»Equity ETFs»PG&E’s Bankruptcy Filing Drags on Utilities ETFs 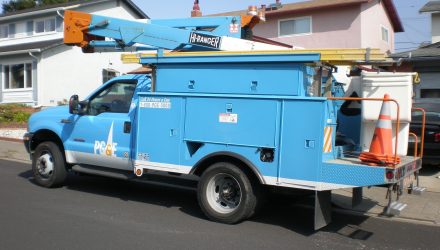 Further dragging on company shares and fueling uncertainty, the utilities provider said its chief executive was leaving and was being replaced by General Counsel John Simon on an interim basis.

The utilities company has incurred huge costs associated to the November Camp fire that blazed across the California mountain community of Paradise, the deadliest and most destructive wildfire in the state’s history. PG&E had previously stated it faced “significant liability” in excess of its insurance coverage if its equipment was found to be the cause of the Camp fire.

Under California law, utilities are liable for wildfires regardless of negligence.

However, investors have been betting that California lawmakers and regulators could take action to limit the utility’s wildfire liability or protect it from bankruptcy.

“The state is going to likely need to be involved in a solution, but how shareholders are treated in that is really, frankly, very unclear,” Stephen Byrd, equity analyst at Morgan Stanley, told the Wall Street Journal. “Just because the state is involved does not necessarily mean that that is a very positive shareholder outcome.”