You are at:Home»Equity ETFs»The Perfect ETF for a Rising Rate Environment 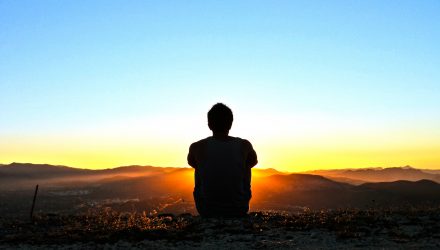 The Perfect ETF for a Rising Rate Environment

As the Federal Reserve tightens its monetary policy, investors may turn to a targeted ETF strategy that focuses on companies that do relatively well in a rising rate environment.

“U.S. equities can also be repositioned to take advantage of the rising rate environment,” according to a ProShares note. “Certain equity market sectors are more sensitive to interest rates than others and can rise or fall as rates change. There are also stocks within these rate-sensitive sectors that have a greater tendency to demonstrate positive or negative results as rates move than others. These different sensitivities to rates create an opportunity.”

EQRR tries to reflect the performance of the Nasdaq U.S. Large-Cap Equities for Rising Rates Index, which selects 50 components from a universe of the 500 largest companies based on market capitalization listed on the U.S. exchange that have historically outperformed during periods of rising interest rates.

“By keying in on large-cap sectors and stocks that have shown a strong tendency to move up or down with interest rates, investors can potentially outperform traditional U.S. large-cap equity indexes during periods of rising rates,” according to ProShares.

On a quarter-by-quarter basis, the underlying index will target the five most interest rate sensitive industry sectors out of the original universe based on the correlation of weekly sector performance to weekly percentage changes in 10-year U.S. Treasury yields over the prior three-year period. The sector with the highest correlation will have a 30% position in the index, followed by 25% for the second highest, 20% for the third highest, 15% for the fourth highest and 10% for the fifth highest.