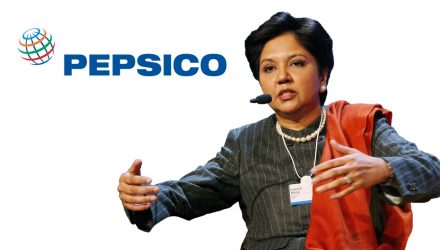 PepsiCo CEO Indra Nooyi to Step Down After 12-Year Tenure

Indra Nooyi, CEO of PepsiCo (PEP), will resign on October 3 after serving a 12-year tenure. Nooyi, 62, will be succeeded by President Ramon Laguarta, a 22-year veteran of PepsiCo who managed global operations, public policy, and corporate strategy.

“Growing up in India, I never imagined I’d have the opportunity to lead such an extraordinary company,” Nooyi said.

Under Nooyi’s leadership, Pepsi grew into one of the most successful food and beverage companies in the world. Sales grew about 80 percent during her tenure, which was hallmarked by Nooyi’s initiatives to turn Pepsi into a greener and more environmentally aware company. Nooyi also stressed a shift in the company in providing healthier food and snacks, stating that it was necessary for the company’s future due to consumers’ increasing attention to health.

Upon her departure, there will be 24 women leading Fortune 500 companies. Nooyi will remain as chairwoman of the board of directors until early 2019.