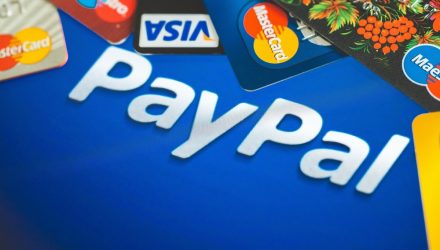 A leveraged single-stock exchange traded fund surged on Wednesday after PayPal (NasdaqGS: PYPL) caught the attention of an activist investor.

The AXS 1.5X PYPL Bull Daily ETF tries to reflect the daily investment results of 1.5 times, or 150%, the daily performance of the common shares of PayPal Holdings, Inc. (PYPL).

PYPT “is part of the AXS Single Stock ETF family that seeks inverse and/or leveraged investment results based on the daily performance of a single stock. Intended to be used as a short-term trading vehicle for traders and sophisticated investors who understand the risks and benefits of these type of funds,” according to AXS Investments.

Elliott, with over $50 billion in assets under management as of the end of 2021, is known for its active involvement at many of its invested companies, including AT&T Inc. and Twitter Inc.

PayPal had previously caught Elliott’s attention after activist investor Carl Icahn acquired a position in eBay Inc. and backed a decision to spin off PayPal as its own digital payment entity separate from the online shopping platform.

So far, Elliott’s position size in PayPal remains unknown, and the firm’s outlook has not been confirmed.

Some observers, though, speculate that activists have been targeting PayPal due to the company’s large cash hoards, which amount to roughly $8 billion in cash and short-term investments. Activists have tried to steer cash-flush companies to do more to allocate capital.

The digital payment company is also a relatively more attractive buy after plunging about 60% in 2022 after e-commerce sales declined with consumer spending habits shifting away from online purchases and more towards experiences like travel and dining.