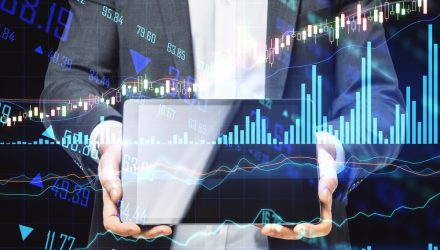 Passive Index ETFs Were Still the Better Play in 2021

It wasn’t a good year for stock pickers. Instead, it was probably best for investors to stick to index-based exchange traded funds.

At the start of 2021, many believed that this would be the year for active managers and stock pickers to get ahead of the curve. However, with the year drawing to a close, most professional stock pickers continued to underperform the benchmark S&P 500, the Wall Street Journal reports.

“Every year, there are a bunch of forecasts typically from active managers describing why this year is going to be a good year—this will be a stock picker’s market,” Craig Lazzara, a managing director at S&P Dow Jones Indices, told the WSJ.

However, the hopes at the start of the year were just wishful thinking. Historically, many active stock funds failed to beat the market in a given year, and 2021 wasn’t any different. According to Morningstar data, about 85% of active U.S. stock funds were on track to underperform the S&P 500 benchmark this year as of November 30. In comparison, 64% of such funds fell behind the S&P 500 over the same period for 2020.

That said, Robby Greengold, a Morningstar strategist, noted that funds focused on small- and mid-cap companies were on track to beat benchmark indexes that closely resembled their categories. Active large-caps, on the other hand, largely underperformed their benchmarks.

“Large-cap stocks this year have generally trounced the small-caps,” Greengold told the WSJ.

Lazzara argued that there was a reason that active managers were optimistic that 2021 was their year. The U.S. economy’s rebound from the coronavirus slowdown helped push investors toward areas they had previously ignored. Bargain hunters targeted companies that would benefit from the broad economic growth.

For instance, cheap stocks, small-caps, and energy companies, or areas that fell behind the S&P 500 at the start of the pandemic, began to gain pace beyond the index in the fall of 2020, according to S&P Dow Jones Indices. However, the momentum didn’t last, and growth stocks rallied after spring this year.