You are at:Home»Equity ETFs»Pakistan ETF Surges on Loans to Support Weak Currency 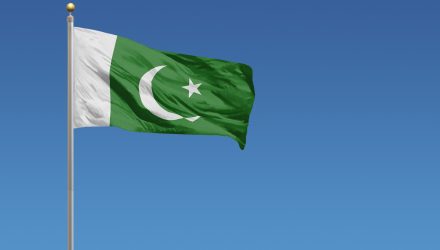 The loan added to expectations that Pakistan is also looking for what woudl be a 13th International Monetary Fund support program, Reuters reports.

Pakistan’s market has also been strengthening since mid-June ever since former cricket star Imran Khan’s party was expected to win the most seats during the general election. Khan is expected to address the country’s rapidly deteriorating finances, with many investors and analysts anticipating a bailout from China or the International Monetary Fund.

Khan is expected to enact reforms such as strengthening regulation over the country’s culture of tax evasion as only about 1% of the population pays income tax. He has also vowed to reform the Federal Bureau of Revenue in his first six months in office.

“Imran Khan is unlikely to be any investor’s top choice to run a country in such a precarious position, but any leader with the ability to form a government and take hard decisions is better than a protracted stalemate,” Carmen Altenkirch, Emerging Markets Sovereign Analyst at Aviva Investors, told Reuters.