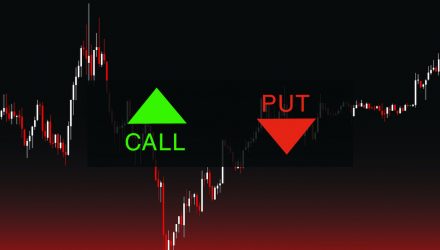 Options Expiration And Stock Rebalancing Make For A Wild Friday

While the markets have been a little choppy lately, things could get even hairier on Friday, according to analysts, as traders seek to exit their positions from the major stock index contracts in what is known as quadruple witching.

According to Investopedia, “Quadruple witching refers to a date on which stock index futures, stock index options, stock options, and single stock futures expire simultaneously. While stock options contracts and index options expire on the third Friday of every month, all four asset classes expire simultaneously on the third Friday of March, June, September, and December.”

Approximately $1.8 trillion in S&P 500 options are planned to expire Friday, according to Goldman Sachs, making this the third-biggest non-December expiration in history.

“Markets have become a battleground over the past week between the bulls and the bears,” Art Hogan, chief market strategist at National Securities Corporation, told MarketWatch.

“Expirations tend to be volatile by their nature, and I would suspect this go-around will likely be no exception,” Hogan said.

Traders could be in for some volatile moves on Friday because of various technical factors as well. The S&P 500 will have its first rebalancing of the year at Friday’s close, over three months after the market’s crazy February and March swings compelled the S&P and Dow Jones Indices to delay this generally quarterly phenomenon.

Index rebalancing has frequently been associated with heightened market volatility as index and ETFs tracking the S&P 500 have to make adjustments, and over $11.2 trillion in assets are indexed or benchmarked to the S&P 500.

The rebalance will have a dramatic effect on certain sectors and stocks. Utilities are set to have their share of the index broaden by 1.18%, the most out of any sector, according to data compiled by S&P Dow Jones Indices through the close of June 12. Financials, meanwhile, could relinquish 2.09% of their S&P 500 index share.

This rebalancing, Silverblatt estimates, could force indexers to trade $48 billion before Friday’s close, an increase from $29.5 billion in the fourth quarter of 2019 and up from $24.3 billion in the year-earlier period.

“The S&P committee, typically dedicated to very low-turnover rebalances, will be left with the dilemma of whether to consider the recent disruptions resulting from the pandemic as longterm and whether to honor them in part or in whole,” strategists at Parametric Portfolio Associates said in a post this week. “The committee exercises some judgment here since they don’t automatically eliminate companies that fall below stated cap thresholds.”

So far, the craziness has yet to disappoint investors and traders, with the S&P 500 gaining in Thursday’s extended trading and overnight, only to give back all the gains and trade toward Thursday’s lows as of 130pm EST.

Stock index ETFs are tumbling along with the underlying benchmarks. The SPDR Dow Jones Industrial Average ETF (DIA), SPDR S&P 500 ETF Trust (SPY), and Invesco QQQ Trust (QQQ) are trading all red Friday, struggling to stay afloat after a move higher prior to the open in stock futures.