You are at:Home»Alternative ETFs»OPEC Raises Oil Output to 600-800K Barrels Per Day 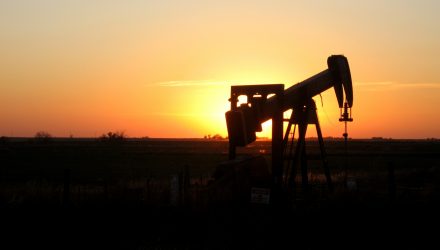 During a biannual meeting of oil ministers representing the Organization of Petroleum Exporting Countries in Vienna on Friday, members and participating non-members announced a deal to raise its output to about 600,000 to 800,000 barrels per day. Saudi Arabia had been lobbying for 1 million barrels per day leading up to the meeting.

The decision comes after a week of contentious negotiations with producers, such as Iran, Iraq and Venezuela offering staunch resistance to Saudi Arabia’s request to raise oil production significantly. Russia echoed Saudi Arabia’s sentiment regarding production as its target was close to 1.5 million bpd.

“OPEC Member Countries have exceeded the required level of conformity that had reached 152% in May 2018,” OPEC said in a statement.

Ahead of the statement, oil prices surged early Friday morning when details of the official decision was leaked. Since then, prices have fallen with WTI Crude Oil down 0.26% and Brent Crude Oil down 2.31% as of 11:00am Eastern Time.