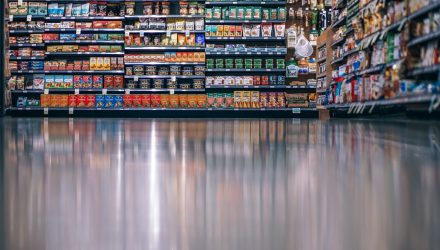 “Consumer staples stocks traded in overbought territory at the beginning of the year but fell sharply into oversold levels during the early February sell-off on broader markets. The XLP’s relative strength index, a measure of the overbought or oversold conditions of a security, currently trades at 32. A reading below 30 indicates oversold territory,” according to CNBC.

XLP, which holds 34 stocks, has a dividend yield of 2.99%, according to issuer data. That yield will move higher if the ETF’s prices continues faltering.