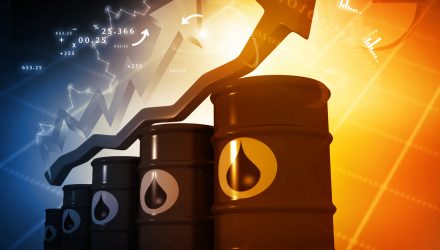 That performance is reflecting in the United States Oil (NYSEArca: USO) ETF, which is up 17 percent in January through Wednesday’s close.

U.S. West Texas Intermediate crude prices were at $53.79 a barrel, and posted an 18.5 percent monthly gain for January. This was WTI crude’s biggest increase since April 2016 and also its best January since the futures began trading in 1983.