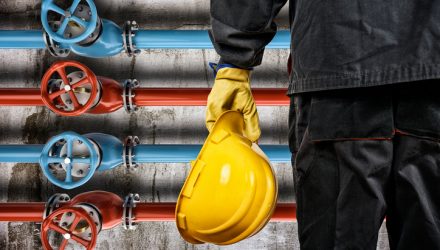 With its Monday surge, USO has posted a double-digit gain in the past month and with that run, the once-downtrodden oil fund is just 2% below a new 52-week high. Data suggest some traders are embracing the notion of more oil upside.

“By the numbers, 103,017 calls and 65,244 puts have changed hands on USO so far. This is nearly three times what’s typically seen at this point in the day, and volume is pacing in the 91st annual percentile,” reports Schaeffer’s Investment Research. “The January 2018 11-strike call is most active with 25,786 contracts traded, and it looks like traders may be liquidating positions here. This option was one of USO’s most heavily populated strikes heading into today’s trading, and data from Trade-Alert indicates new contracts were bought in late September for around $0.45-$0.47 apiece. At last check, the bid price for these calls was $0.74.”