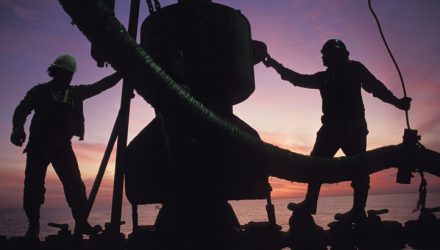 The oil market may be stabilizing and consolidating around current levels as the markets seek to rebalance in the second half. Consequently, investors may find an opportunity in this cheap segment through downtrodden energy exploration and production-related exchange traded funds.

“Global oil demand has not yet risen to offset higher supply, but we expect sustained above-trend economic growth globally to support oil demand from here. Against this backdrop of delayed rebalancing, we now see oil prices fluctuating around current levels, in a lower range than we had expected earlier this year,” Richard Turnill, Global Chief Investment Strategist for BlackRock, said in a research note.

Energy prices gained after the Organization of Petroleum Exporting Countries reached an accord in November, fueling optimism that production cuts could help bring supply and demand into balance. However, higher-than-expected supply and diminish demand have weighed on the previously rosy outlook, which led to our current low prices of about $44 per barrel in West Texas Intermediate Crude futures.