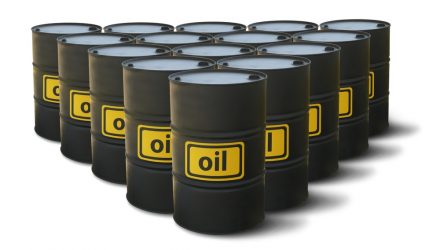 Oil ETFs Plunge on Fears of a Slowing Global Economy

Oil prices declined on concerns over a potential global economic slowdown and another round of shutdown concerns in China as Beijing battles with rising COVID-19 cases, Bloomberg reported.

“The volatility in commodity markets increases the stakes for putting money to work,” Rebecca Babin, a senior energy trader at CIBC Private Wealth Management, told Bloomberg. “The decimation of other commodities has also reduced risk appetite for crude even in supply-constrained market.”

The International Energy Administration’s Executive Director Fatih Birol said nations “might not have seen the worst” of a global energy crunch while the Organization of Petroleum Exporting Countries’ outlook for 2023 revealed no relief from oil market supply woes.

Analysts warned that OPEC’s troubles with meeting its production targets make it unlikely that Saudi Arabia or other leading members raise output further since it could also potentially jeopardize OPEC’s alliance with Russia.

“It is very, very hard for OPEC to bring more oil to the market. Spare capacity is already very low. There is spare capacity but it is in countries such as Libya, with all its issues and protests, or in Iran which is under sanctions,” Hans van Cleef, senior energy economist at ABN Amro, told the WSJ.