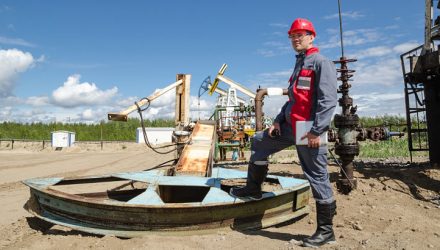 Oil ETFs: On the Comeback Trail for Investors?

USO, the largest and most heavily traded oil exchange traded product in the U.S., is higher by nearly 4% over the past week, but remains lower by more than 17% this year. While the Organization of Petroleum Exporting Countries have moved to cut production, expectations of continued U.S. shale production remain a deterring factor. Nevertheless, recent U.S. inventory drawdowns, which if sustained, could support the current price levels.

“Oil is tracking for its second positive month of the year, and with the commodity now up 12 percent from its late June low, technician Scott Redler says we could be witnessing a major turnaround for crude and it could be a key driver for the markets this summer,” reports CNBC.

While demand has yet to catch up to elevated supplies, rebounding economies in Europe and steady economic growth in the U.S. could at least keep oil prices steady around current levels in the second half of 2017.