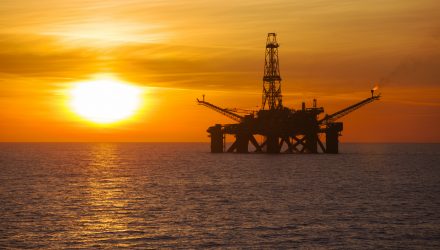 Further dragging on the oil outlook, OPEC and other forecasters have signaled that the global oil market could produce a surplus in 2019 on slowing demand, despite a dip in Iranian oil exports after U.S. sanctions recently went into effect. Compounding those woes are eroding technicals for crude oil and ETFs like USO.

“We’ve seen the completion of the target from a head and shoulders bottom back in 2015-2016. It went directly up to $78-$79 [a barrel],” said Wall Street technician Louise Yamada in an interview with CNBC. “”This has been a severe setback. We were looking for a weakness towards the trend. It’s actually broken the trend.”

The pull back in oil prices has been attributed to increased production fro non-OPEC members, namely Russia and U.S. shale in anticipation of the drop off in supply from the Iran sanctions.

Furthermore, the U.S. government recently decided to soften its oil sanctions on Iran, which exacerbated the supply surplus concerns.