You are at:Home»Uncategorized»Nottingham Advisors’ Market Outlook for March 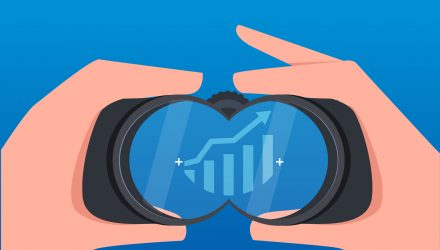 The backward-looking nature of most economic data reports implies that the anticipated stimulative effects of the recent Tax Cuts and Jobs Act of 2017 have yet to be realized and shouldn’t be looked for in current readings.

That’s a good thing given the tepid nature of the data we’ve seen over the past month. While hardly dismal, the data doesn’t support the elevated equity valuations we currently see in the U.S. market.

The second release on Q4 GDP showed the economy expanding at a +2.5% SAAR, down slightly from the initial report of +2.6% growth. The aforementioned fiscal stimulus provided by tax cuts will likely not work its way into the data until later in Q2 or Q3. Our bet at this point is for GDP growth north of +3% as we approach the end of the year.

The accuracy of this prognostication depends a lot on the pace of Federal Reserve rate hikes. Any deviation from the plan for 2 to 3 hikes will likely make this +3% target more difficult to achieve.

The Unemployment Rate for January came in at 4.1%, consistent with expectations and the prior month’s reading, as 200,000 new jobs were created, slightly ahead of surveys. Average hourly earnings for the month rose a better than expected +0.3% and are now up +2.9% YoY. Initial jobless claims averaged 220,000 in February.

Hints of inflation have been the proverbial canary in the coal mine for this long-running bond bull market. With the debate on whether broad price inflation can exist in this era of the internet still ongoing, it will take
meaningful and persistent inflationary signals to change bond investor behavior. On top of the wage growth mentioned above, CPI for January surged +0.5% (versus expectations for +0.3% growth) while PPI came in consistent with pre-market surveys at +0.4% MoM. Although the PCE Deflator remains somewhat lackluster at +1.7%, CPI at +2.1% YoY and PPI up +2.7% YoY signals something’s in the air.

New Fed Chair Jerome Powell testified before the House Financial Services Committee this week and opened the door to the potential for a fourth rate hike in 2018. The bond market continues to take the under on this bet and as we’ve cautioned numerous times in the past, it rarely pays to bet against the Fed.

U.S. equity markets hit a speed bump in February, ending a 15-month streak of positive monthly returns on the benchmark S&P 500 index, which fell -3.69% on the month. Volatility surged, and the S&P 500 had 12 market sessions with more than a +/- 1% move, the most in more than two years. February 2018 was very reminiscent of February 2016 (the last time U.S. equity markets hit a rough patch), except instead of oil prices collapsing much can be blamed on rising interest rates (10-year Treasury yields jumped as high as 2.95% during the month) and the potential regime change ushered in by new Fed Chair Powell.

For those asking “what has changed” from 2017 to 2018, the easy answer is “not much.” Technology stocks such as Facebook, Amazon, Apple, Netflix, Microsoft, and Google continue to power the market, and remain responsible for an outsized portions of its returns, both in 2017 and thus far in 2018.

On the month, the S&P 500 Technology sector returned +0.10%, echoing the positive sentiment that continues to buoy Technology shares, which are up +7.73% year to date. Financials continue to hold up well, specifically the Banks, as the yield curve has shifted significantly YTD. Financials returned -2.78% on the month, with Banks not far behind (-2.73%). Energy was the worst performing sector, losing -10.82% on the month, and remains the only sector with a negative 5-year annualized return (-0.36%).

As yields rose, interest rate sensitive sectors such as Consumer Staples, Telecoms, Real Estate Investment Trusts (REITs), and Utilities suffered, with each sector losing -7.76%, -7.06%, -6.71%, and -3.86%,
respectively on the month. Year to date, each sector has lost more than -6%. With expectations for higher interest rates in 2018, rate sensitive sectors will likely face additional headwinds in months ahead.

International equities were also hit hard in February, suffering from a global equity rout that left few parts of the global equity universe unscathed. Developed International equities, as measured by the MSCI EAFE Index, lost -4.48% on the month. Emerging Markets performed similarly, with the MSCI EM Index losing -4.63% on the month. From a regional perspective, the Eurozone underperformed, with the MSCI EMU Index shedding -3.74% in EUR terms, but -5.34% in USD terms, as the Euro weakened slightly versus the U.S. Dollar during February.

At the individual country level, China was especially hit hard, with the Shanghai Composite Index giving back -6.36% (CNY), while the Hang Seng Index in Hong Kong was not far behind, losing -6.0% (HKD). The United Kingdom continued its economic slump, with the FTSE 100 Index losing – 3.39% in GBP terms, plus another -2.71% in currency terms, for a total return of -6.1% to U.S. based investors. Japan fared better, with the benchmark Nikkei 225 Index losing -4.41% in JPY terms, while strength in the Yen buoyed U.S. based investors (+2.36%) for a total return of -2.05% on the month in USD terms.