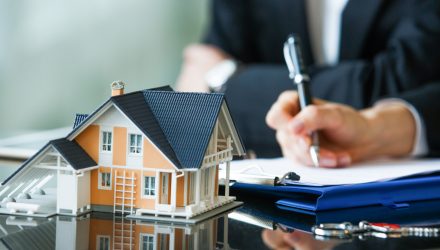 Rising in conjunction with mortgage rates were home prices, putting prospective buyers out of reach. The latest data from the National Association of Realtors showed that the Quarterly Housing Affordability Index has been dropping thanks to a rise in median home prices.

“Starting in our third quarter we really articulated the fact that over the past few years we’ve seen sales prices moving up rather rapidly. Now, when you layer on top of that the very quick moves in interest rates that we saw from the Fed, that translated into the mortgage rates, it really created an element of sticker shock,” said Stuart Miller, chairman of Miami-based Lennar in an interview on CNBC’s The Exchange.

According to the NAHB, the housing market accounts for roughly 15-18% of the United States’ gross domestic product. If an increasingly dovish Fed sees the housing market too far in the rearview mirror going forward, it may posit further before continuing future rate hikes.

“In November, we saw the market soften further, which we attribute to the cumulative impact of rising interest rates and the effect on buyer sentiment of well-publicized reports of a housing slowdown,” said Toll’s CEO Douglas Yearley in the release. “We saw similar consumer behavior beginning in late 2013, when a rapid rise in interest rates temporarily tempered buyer demand before the market regained momentum.”