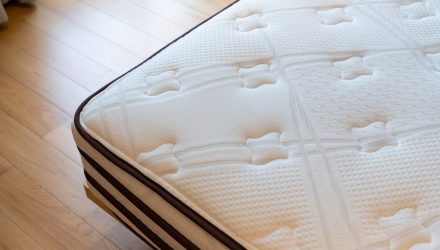 No Love For The Casper Sleep IPO

Investors ran from the Casper Sleep Inc IPO, as shares fell 18% Friday, on their second day of trading as a public company, driving the stock below its IPO issue price of $12. CSPR closed at $11.05.

When the IPO began trading Thursday, Casper shares rallied more than 20%, after underwriters priced the deal at the low end of a price range that had been lowered just hours before pricing. 8.4 million shares were sold by Casper Sleep to raise $101 million.

Investors had demonstrated worries that the company is loss-making, with its IPO prospectus showing a net loss of $67.4 million in the first nine months of 2019, larger than the $65.5 million loss posted in the year-earlier period. For all of 2018, its net loss came to $93.2 million, compared with $73.1 million in 2017.

Jim Cramer sees the drop in the new IPO as a good thing however.

“I’m glad that there’s little appetite for something like Casper,” the “Mad Money” host said. “That tells you this red-hot market still has discerning taste, that investors still have a healthy dose of skepticism. That’s what you need if a market’s only going to continue to go higher.”

Casper, which started selling mattresses online five years ago, has some star power behind its investors, which include actor Leonardo DiCaprio, and big-name retailers like Costco and Amazon. In addition to mattresses, the company sells pillows, bedroom furniture and fixtures.

Cramer explained that he was not diametrically opposed to what Casper has to offer, saying, “I like the product … I like the brand.” Instead Cramer’s fears are more about the company’s fundamentals and how they might cause undue risk to investors.

“Casper’s not growing fast enough to appeal to the growth junkies and as a money-losing operation it can’t appeal to the value guys,” Cramer said.

While investors are chomping at the bit to buy shares in the tech industry’s largest companies, they have been skeptical of newer companies that are showing losses.

For example, in 2019 both Uber and Lyft had lackluster public offerings. WeWork, the commercial real estate company, dropped its I.P.O. plans and underwent a dramatic management adjustment after investors flinched due to its poor financial performance.

Still, for investors looking to play the IPO market, the Renaissance IPO ETF (NYSEArca: IPO) has been anything but disappointing as the ETF was higher by almost 34% last year, and is up over 8% in 2020 already.

IPO tracks the rules-based Renaissance IPO Index, which adds sizeable new companies on a fast entry basis and the rest upon scheduled quarterly reviews. Companies that have been public for two years are removed at the next quarterly review.