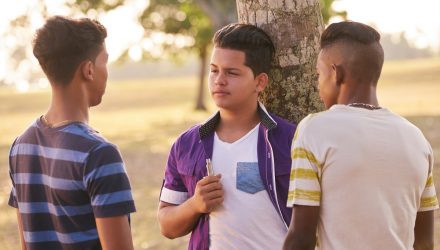 In the wake of the current anti-vaping epidemic, which is creating consternation from avid e-cigarette smokers, evidence has now surfaced that e-cigarette vapor causes lung cancer and potentially bladder cancer in mice, damaging their DNA and leading researchers at New York University to determine that vaping is likely “very harmful” to humans as well.

Meanwhile, none of the 20 mice that were exposed to e-cigarette smoke devoid of nicotine had cancer growth over the four years researchers studied the mice.

“It’s foreseeable that if you smoke e-cigarettes, all kinds of disease comes out” over time, Moon-Shong Tang, the study’s lead researcher, said in an interview. “Long term, some cancer will come out, probably. E-cigarettes are bad news.”

As of Oct. 1, a total of 1,080 lung injury cases associated with using e-cigarette or vaping products have been reported to the CDC from 48 states. Eighteen deaths have been confirmed in 15 states, not including the Massachusetts death reported Monday.

Federal health officials are urging people to avoid using vaping devices amid of string of illnesses across the country.

“People who do use e-cigarette products should monitor themselves for symptoms (e.g., cough, shortness of breath, chest pain, nausea, vomiting, abdominal pain, fever) and promptly seek medical attention for any health concerns,” the CDC statement added.

A  study released earlier this year by the University of Southern California also uncovered that e-cigarette users developed some of the same molecular changes in oral tissue that promote cancer in cigarette smokers, according to the study published in the International Journal of Molecular Sciences.

The FDA is currently hammering out its guidance to eliminate all non-tobacco flavors of e-cigarettes, including mint and menthol, from the market to deter underage usage.