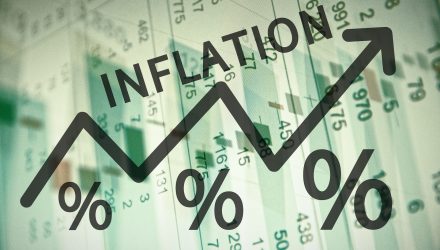 As investors prepare for the long weekend, an important gauge for inflation was released by the Commerce Department Friday, revealing a faster-than-expected 3.1% rise in April. Such broadening pressures may have investors wondering about rising prices.

The core personal consumption expenditures index was projected to increase 2.9% after climbing 1.9% in March. Federal Reserve officials rely heavily on the number as a gauge for inflation, although they monitor a number of other metrics as well.

The Fed has been targeting 2% inflation as a healthy level, though it is prepared to allow the level average higher than usual in order to promote full employment.

Each month, the Bureau of Economic Analysis also compiles the PCE price index, an inflationary gauge that measures a basket of goods and services that is updated annually. This is different from the well-known Consumer Price Index, or CPI, which measures a fixed basket.

Since the PCE measures price movements across a wide-ranging number of goods and services, it is a more broad gauge of inflation than the CPI, which ramped up 4.2% in April.

The headline PCE index surged 3.6% year over year and 0.6% from March, sparking concerns among analysts.

“Inflation pressures might get worse before they get better,” wrote Jefferies economist Aneta Markowska, who pointed out that declining retail inventories could push prices higher. She added that a transition in consumer spending from goods to services ultimately should pull inflation pressures lower.

The hot inflation reading seemed to have little effect on government bond yields, which were mostly lower, as stocks and index ETFs like the SPDR Dow Jones Industrial Average ETF (DIA) and SPDR S&P 500 ETF Trust (SPY) were higher in early trading Friday.

In other economic news, there was a steep deceleration in personal income, which declined 13.1%. But that figure actually was lower than the 14% projection. Personal income had exploded 20.9% in March after the most recent round of government stimulus checks.

Even with the $3.2 trillion decline in personal income, the savings rate remained elevated at 14.9%. Consumer spending rose 0.5%, in line with estimates.

“The combination of falling real consumption and soaring prices last month gives off a faint whiff of stagflation,” Paul Ashworth, chief U.S. economist for Capital Economics, wrote in a note Friday. “Core PCE prices increased by 0.7% m/m in April which, together with the impact from base year effects, was enough to push the annual core PCE inflation rate up to 3.1%, which is a multi-decade high that leaves it well above the Fed’s 2% target and even the alternative core CPI [consumer price index]inflation rate at 3.0%.”

“As with the CPI measure, that surge in the core PCE last month largely reflects re-opening inflation, with the prices of components like hotel rooms, air fares and used motor vehicles all soaring,” he added. “At the same time, the PCE measure – which is usually around 0.3% to 0.5% points below the CPI – is also being boosted by a structural rebound in its broader measure of medical care services. The latter is most definitely not transitory.”

The Fed is purchasing at least $120 billion of bonds each month and has held benchmark short-term borrowing rates close to zero. Much of the decision is attributed to the central bank’s view that that price pressures are temporary. Some analysts are in agreement.

“This report puts the Fed in a really good place, inflation is up, but real yields are still low. This is basically the transitory sweet spot,” said Jamie Cox, managing partner at Harris Financial Group.