You are at:Home»Featured»New Fed Minutes Suggest a Tapering Decision Could Finally Be Here 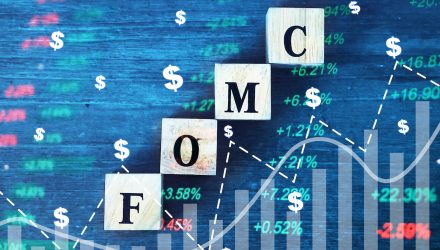 It’s been on investors’ minds and tongues for some time now, and today the Federal Reserve finally mentioned a plan to begin tapering its asset purchases during the Federal Open Market Committee (FOMC) minutes.

Federal Reserve officials at their July gathering discussed how they will start to curb the rate of their monthly bond buying most likely before the end of 2021, according to meeting minutes released Wednesday.

The following sentence had been added to the FOMC statement. ” Since then, the economy has made progress toward these goals, and the Committee will continue to assess progress in coming meetings.”

While this plan would likely be concerning for many investors and analysts for a number of reasons, the July 27-28 Federal Open Market Committee gathering noted that the Federal Reserve wished to clarify that a limitation, or tapering, of assets would not necessarily lead to an increase in interest rates.

“Looking ahead, most participants noted that, provided that the economy were to evolve broadly as they anticipated, they judged that it could be appropriate to start reducing the pace of asset purchases this year,” the minutes stated, adding that the economy had achieved its goal for inflation and was “close to being satisfied” with the rate of job growth.

Not everyone was on board with the tapering, with the minutes recording that “some” members opted to hold off until early next year to begin tapering.

With interest rate fears on the minds of many investors, committee members also impressed the need to “reaffirm the absence of any mechanical link between the timing of tapering and that of an eventual increase in the target range for the federal funds rate.”

Fed officials have explained a number of times that tapering will precede any interest rate hikes, which will be unlikely until the Fed isn’t growing its balance sheet further.

Stocks and index ETFs reacted to the news with an uptick in volatility, but, as of roughly 30 minutes after the announcement, are trading within the same general range of the morning session.

Inflation has been a key concern for investors, and markets may have been assuaged by the FOMC’s vote at the meeting to maintain short-term interest rates near zero, but seemed hopeful about the rate of economic development.

Nevertheless, concerns remain that the Fed might be unwilling to adjust its tapering pace even if the economy changes due to an increase in coronavirus infections, as the delta variant continues to spread rapidly throughout the country.

While the FOMC minutes were generally positive, officials noted that “uncertainty was quite high” with regard to the future, as a result of the coronavirus and recent inflation. Some members noted “upside risks to inflation,” acknowledging that a spike in inflation may be more than just transitory, as the Fed has attempted to impress upon investors and analysts previously.

Overall, interest rate hikes may be as much as a year or more away, and futures contracts tied to the Fed’s benchmark interest rate are pricing in about a 50% chance of a rate hike in November 2022 and a 69% chance of an increase the next month.