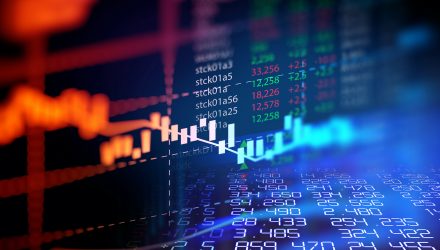 Stocks and index ETFs are selling off on Tuesday, while inverse ETFs are making gains, as the CDC is reversing guidance and is projected to recommend that fully vaccinated people start wearing masks indoors again in high traffic locations, which could spread the coronavirus.

Markets are on edge due to federal health officials now saying that some vaccinated people could be carrying higher levels of the virus than previously understood and therefore potentially pass it to others. However, they acknowledged it is could only be a small percentage of vaccinated individuals.

The CDC is scheduled to hold a briefing at 3 p.m. ET on Tuesday, which could be a potential market mover.

While the U.S. has made significant strides to lower coronavirus case and death rates recently, health experts fear that the more transmissible delta variant of Covid-19, already the dominant form of the disease in the U.S., is hitting states with low vaccination rates. Those states have begun reintroducing mask mandates, capacity limits, and other public health measures eliminated recently.

White House chief medical advisor Dr. Anthony Fauci noted Sunday that the CDC was contemplating whether to adjust mask guidance for vaccinated Americans, claiming that it was “under active consideration.”

“It’s a dynamic situation. It’s a work in progress, and it evolves like in so many other areas of the pandemic,” Fauci, also the director of the National Institute of Allergy and Infectious Diseases, told CNN. “You’ve got to look at the data.”

The moves have sent jitters through the markets on Tuesday, spiking volatility by over 7%, as measured by the CBOE VIX.

Meanwhile, while stocks have been pulling back Tuesday as volatility is expanding, the decline has been exciting for contrarian stock players and inverse ETF investors.

SPXS offers 3x daily short leverage to the broad-based S&P 500 Index, making it a powerful tool for investors with a bearish short-term outlook for U.S. large cap stocks. Investors should note that the leverage on SPXS resets daily, which results in the compounding of returns when held for multiple periods. BGZ can be a powerful tool for sophisticated investors but should be avoided by those with a low-risk tolerance or a buy-and-hold strategy.

“Market volatility is on the rise, as worries about new virus strains have been exacerbated by stretched positioning and light summer trading,” Jean Boivin, head of BlackRock Investment Institute, said in a note.

While many investors may fear fresh lockdowns and their potential effect on the economic recovery and return to the workplace, for now, the CDC’s guidance is only a recommendation, allowing states and local officials to determine whether to reinstate mask rules for certain people.

Still, many counties across California and Nevada are now suggesting that all residents wear masks in public indoor settings, whether residents are vaccinated or not. Meanwhile, Massachusetts officials in Provincetown advised all individuals to commence mask-wearing indoors following Fourth of July celebrations that resulted in an outbreak of new cases.

The Efforts In The Right Places

Dr. Paul Offit, a pediatrician and vaccine proponent who has served on advisory panels for both the CDC and the Food and Drug Administration, recently stated that the U.S. was still “under-vaccinated,” with almost 50% of the population yet to receive the vaccine.

“It is not a bold prediction to believe that SARS-CoV-2 is going to be circulating two or three years from now. I mean, there are 195 countries out there, most of which haven’t been given a single dose of vaccine,” Offit said. “Will it still be circulating in the United States? I think that would be very, very likely.”

The new delta variant is especially concerning in places like Israel, where recently released preliminary data showed that the Pfizer vaccine is only 39% effective against the virus, which officials attributed to the rapidly spreading variant. Despite concerns about its overall effectiveness, Israeli data showed that vaccinations were a key preventative against severe disease and death.

In addition to the concerns over the Covid-19 delta variant, the International Monetary Fund admonished the public Tuesday that it’s possible that inflation will not be as ephemeral as expected, pushing central banks to take pre-emptive action.

“I empathize with Fed Chair Jay Powell as he walks a delicate tightrope — preparing markets for tapering while assuring that the Fed will be very patient and thoughtful as it starts its normalization process,” Invesco Chief Global Market Strategist Kristina Hooper said in a note.