You are at:Home»Alternative ETFs»A Near-Term View on Bitcoin at $9.3K 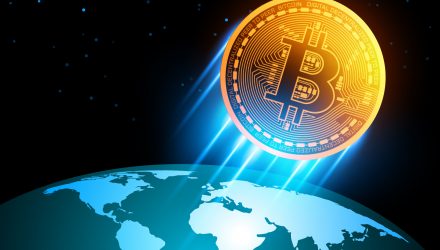 After a massive surge in April, bitcoin sparked a wave of optimism and bullish forecasts. Currently, the largest digital currency trades just over $9,300 with a market capitalization of $159.43 billion.

“Bitcoin has gained over 55% since the beginning of April, while it moved from $6425 up to $9900. The $10k area remains a key resistance for the Bitcoin as it is a very strong psychological level,” reports FXStreet. “As price failed to break above a correction down followed and currently Bitcoin is trading at the 23.6% Fibonacci support, that is $9225.”

What’s Next for Bitcoin?