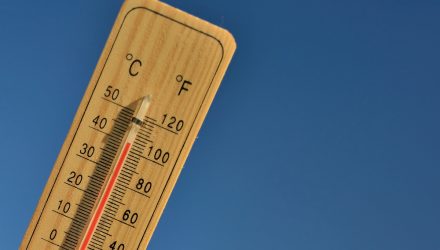 Natural Gas ETFs Rally as the Summer Heat Turns Up

The latest models showed “the greatest number of CDD over a two-week period of the past four decades,” NatGasWeather said.

The pattern for this week through July 30 “remains impressively hot as unseasonably strong/hot upper high pressure rules most of the U.S. with highs of 90s and 100s besides the far northern U.S., where highs will often stay in the 80s and where the weekend weather data was slightly cooler trending,” NatGasWeather added. “Longer range weather maps for early August continue to favor hotter than normal temperatures over most of the U.S. for what would keep weather sentiment solidly bullish if it were to hold, which is our expectations.”

A “dome of high pressure that has been a mostly permanent fixture across the South Central states” has trapped hot air and bolstered temperatures into the triple-digits, AccuWeather meteorologist David Houk said, according to FXEmpire.

This is only just the start of the summer.

“To add insult to injury, the summer months have barely just started and higher temperatures are all but certain in late July and early August,” Rystad Energy analyst Ryan Kronk said.

“Searing heat is the main driver of the move higher,” Rubin said. “The biggest risk to a weather-driven gas rally is a forecast bust, slashing both support and prices.”