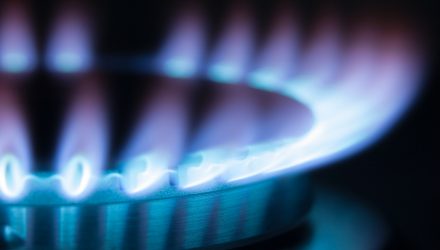 Ahead of Christmas, “Baby It’s Cold Outside” was a common song in the holiday radio rotation, but to natural gas exchange-traded fund (ETF) investors, it’s not cold enough. It was a milder-than-expected winter wonderland after the latest weather forecasts highlighted milder temperatures, causing natural gas ETFs to gap lower on Monday.

The United States Natural Gas Fund (NYSEArca: UNG) declined 10 percent during the last trading session of 2018. According to NatGasWeather, “there will still be a decent cold shot sweeping across the country January 1-3, but the break January 4-7 continues to trend warmer and longer, and where quite a bit of heating demand has been lost since early in the week.”

“Again, there’s likely to be very cold air over Canada during the second week of January, but cold over Canada is not cold over the U.S. and would need to trend further south for bullish sentiment to return,” the forecast added.

Dimming the natural gas outlook, the latest weather forecasts pointed to mild conditions leading to below-average gas-weighted degree days through the end of the month, the Natural Gas Intelligence reports.