You are at:Home»Nasdaq Investment Intelligence Channel»Some Chip Stocks Are Now Quite Inexpensive 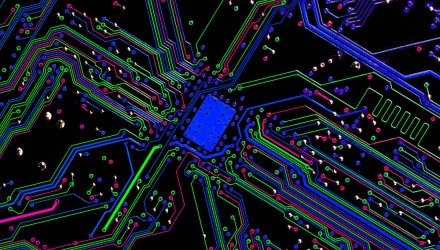 Some Chip Stocks Are Now Quite Inexpensive

The upside of the downside delivered by semiconductor stocks and exchange traded funds this year is that valuations in this once-frothy group are now more attractive.

Investors who want to capitalize on chip stock discounts without the stock picking may want to consider ETFs such as the Invesco PHLX Semiconductor ETF (SOXQ). Closing in on its first birthday, SOXQ tracks the PHLX SOX Semiconductor Sector Index.

The fund is home to 30 stocks, plenty of which are now considered inexpensive. Interestingly, the SOXQ components that market observers view as attractive on valuation aren’t just cheap in chip equity terms — they’re viewed as inexpensive through the lens of the broader technology sector.

“CNBC evaluated the companies’ current forward P/E versus their average forward P/E of the last five years to find those trading at the biggest discount to their historical valuation. (The forward P/E ratio of a company is based on earnings estimates for the next 12 months,” reported Sarah Min for the network.

Of the 10 stocks on the list, seven are semiconductor names, six of which are SOXQ components. Two of those stocks are Advanced Micro Devices (NASDAQ:AMD) and Nvidia (NASDAQ:NVDA) — two of the giants of graphics processing units (GPUs). Those stocks combine for 13.6% of the SOXQ portfolio.

“Advanced Micro Devices is currently trading at a near 50% discount compared to its average forward P/E of the last five years. Other semiconductor names, such as Qualcomm, Micron Technology and Nvidia, are also trading at steep discounts relative to their average forward earnings multiples,” according to CNBC.

Specific to AMD, the company recently unveiled its Ryzen 7000 series, stoking optimism for a rebound by the stock. Those new chips are slated to debut in the fall. AMD also launched a new motherboard platform, which is relevant to Micron Technology (NASDAQ:MU). Micron accounts for 3.63% of SOXQ’s weight.

Other SOXQ components that appear discounted include Qualcomm (NASDAQ:QCOM), Skyworks Solutions (NASDAQ:SWKS), and Qorvo (NASDAQ:QRVO). That trio combines for over 10% of SOXQ’s weight. Alone, Qualcomm is the ETF’s third-largest holding.