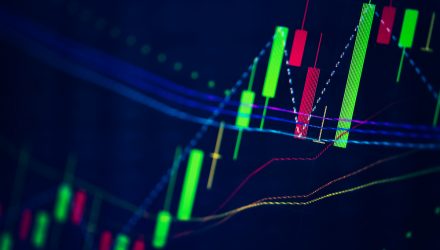 Soaring 10-year Treasury yields are buoying bank stocks, and those effects are being felt at the regional bank level. Just look at the S&P Regional Banks Select Industry Index, which is higher by almost 34% year-to-date.

Not to be left out of the conversation is the First Trust NASDAQ ABA Community Bank Index Fund (NasdaqGM: QABA). The often overlooked QABA follows the NASDAQ OMX® ABA Community Bank Index and is a play on smaller banking names, a group that’s sizzling this year. The median market capitalization of QABA holdings is $1.15 billion, which is in small cap territory. QABA’s biggest component by market value checks in at $9.11 billion, or the higher end of the mid cap range.

QABA is back in style this year because community and regional banks are highly sensitive to changes in interest rates. Last year, the group was punished as Treasury yields sank, suppressing net interest margins (NIMs) in the process. A looming catalyst for QABA holdings could be the first quarter marking the nadir for spread income.

“As longer-term rates have moved up during the second quarter and with expectations for modest loan growth in the latter part of the year, Fitch believes 1Q21 could be somewhat of a low point for spread revenue, especially as the agency expects banks will hold funding costs down,” said the ratings agency. 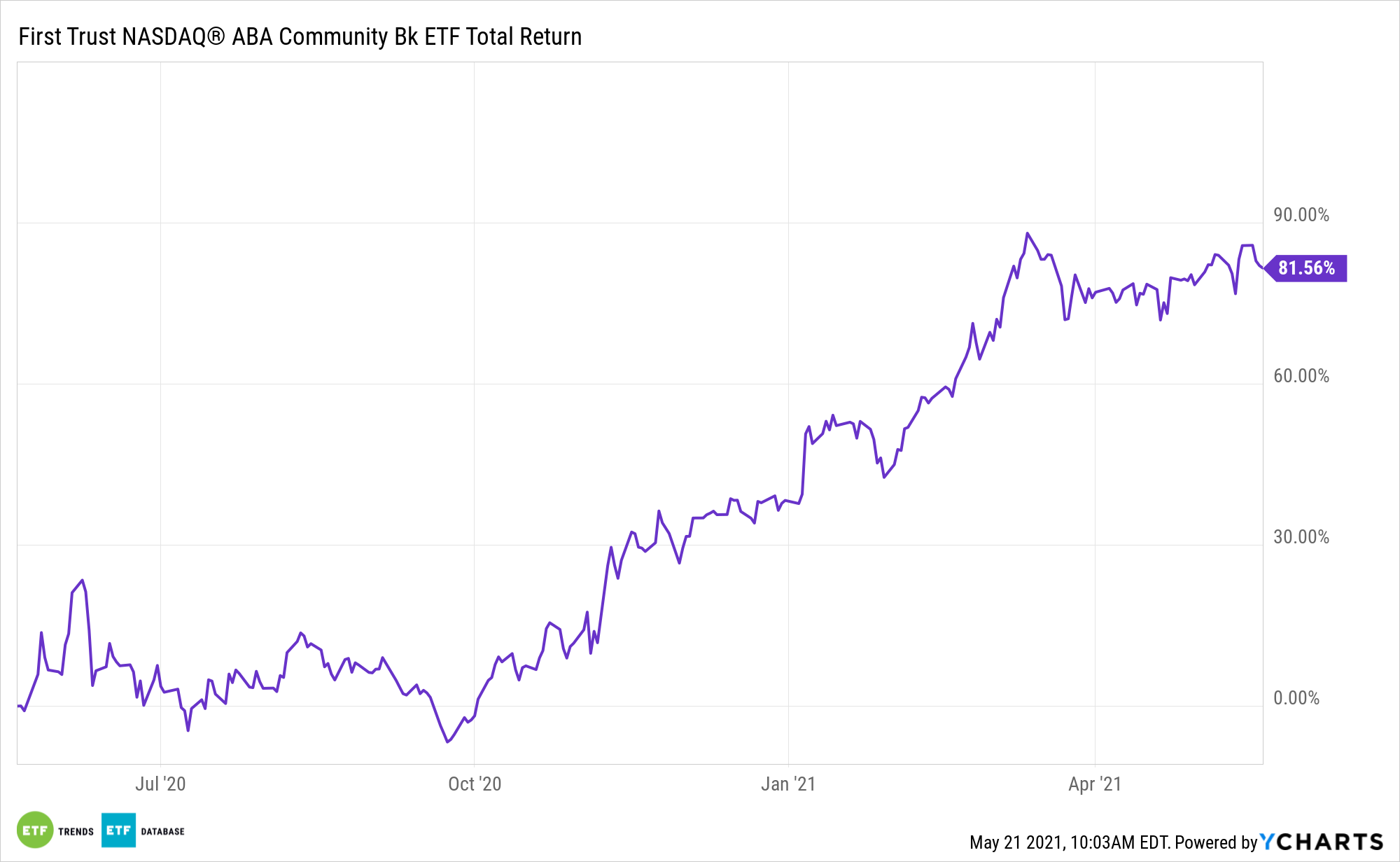 In addition to the obvious catalyst of soaring 10-year yields, QABA’s factor exposure is right for the times. Essentially, the First Trust fund is a small/mid cap (SMID) value offering at a time when smaller value stocks are outperforming.

“The style framework tells a very interesting story in 2021, confirming that small-cap and value-oriented stocks are leading the way,” said Alex Bryan, Morningstar director of equity product management, in a recent note. “Value stocks have been supported by attractive relative valuations, among other factors, while small caps have benefited from the broad market’s bounce back from the sharp pandemic sell-off in early 2020.”

On the more speculative side of the ledger, QABA is potentially a play on bank consolidation. With many of its 153 holdings dwelling in mid- or small-cap territory, price tags are likely affordable for suitors. That’s worth noting because mergers and acquisitions are an effective tool for banks to boost assets and loan portfolios.

Last month, there were 19 banking deals announced, the highest monthly tally since January 2020. As of the end of April, 53 deals were announced – 10 more than in the year-earlier time frame.