You are at:Home»Nasdaq Investment Intelligence Channel»QQQA Picks the Best Momentum Companies as the Nasdaq Continues to Hit Records 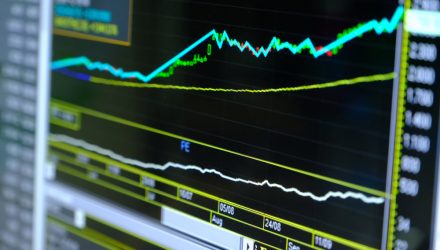 The Nasdaq closed at another record high on Wednesday as markets continue to ride the bevy of boosts from recent favorable government approvals, reports The Wall Street Journal. Full approval of the Pfizer COVID-19 vaccine combined with Congress moving to vote on the nearly $1 trillion infrastructure bill in September had markets moving in positive directions.

The upswing also reflects the hope of a favorable Federal Reserve meeting on Friday, with bond yields rising in advance of the meeting. The meeting will hopefully provide better guidelines on the Fed’s intentions towards inflation and indicate if potential tapering of federal stimulus support will occur.

Paul Hickey, co-founder of Bespoke Investment Group, agrees with the Fed assessment. “It’s August and we’re looking for something to focus on, and Jackson Hole fills that void, but it’s usually more bark than bite. What you want to focus on here is there’s a lot of liquidity in the market; it’s not going anywhere in the near future here,” he said.

The ProShares Nasdaq-100 Dorsey Wright Momentum ETF (QQQA) is a smart beta ETF that, despite only holding 21 securities, is more diversified than the broader Nasdaq-100, according to Todd Rosenbluth, head of ETF and Mutual Fund Research for CFRA.

The Nasdaq-100 Index tracks the largest domestic and international non-financial mega-cap growth stocks of the tech-heavy Nasdaq. It serves as the benchmark for the Invesco QQQ Trust (QQQ), one of the most widely traded ETFs in the world.

To build the portfolio, Dorsey Wright, a leader in momentum investing, uses a “relative strength” signal to select the top 21 companies within the Nasdaq-100 based on their highest price momentum at the time of rebalance.

Moderna Inc. (MRNA) is currently the top holding in QQQA at 7.56%, followed by ASML Holding (ASML), a major supplier for the semiconductor industry at 5.17%, and Align Technology (ALGN), a global medical device company at 5.06%.