You are at:Home»Nasdaq Investment Intelligence Channel»Investing in Preparation of Rising Interest Rates With EQRR 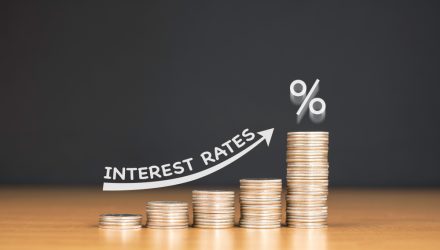 Investing in Preparation of Rising Interest Rates With EQRR

While the Federal Reserve meeting last week focused primarily on commencing tapering of the stimulus help the central bank has been giving by way of bond purchases, the Fed was clear that it believes inflation to be transitory and that interest rate rises would be on the horizon as supply and demand imbalances correct.

On Monday, James Bullard, the St. Louis Federal Reserve Bank president, said in an interview on Fox Business Network that he anticipates at least two rate rises next year once the bond buying taper is complete, reports Reuters. Bullard also said that tapering could happen faster if necessary, completing as early as the first quarter of 2022.

“If inflation is more persistent than we are saying right now, then I think we may have to take a little sooner action in order to keep inflation under control,” said Bullard in the interview.

All signs from the Fed are leaning hawkish, Bullard believes, with the tapering announced to have ended a full six months earlier than the previous plan and beginning on an earlier timeline. Bullard has pushed for earlier tapering, as he views the global supply chain issues to be potentially longer lasting, causing inflation to grow faster than a 4% rate in 2022.

“We are going to see downward pressure on the unemployment rate and we are going to continue to see a very hot jobs market with compensation rising,” Bullard said. “We’ve got quite a bit of inflation here…we definitely want to see that come down closer to our inflation target.”

Investing for Rising Rates With ProShares

The ProShares Equities for Rising Rates ETF (EQRR) offers investors exposure to U.S. large-cap companies that outperform in environments of rising U.S. Treasury interest rates. The fund does so by focusing on sectors that have the highest correlation to the 10-Year U.S. Treasury yield and investing in the top-performing securities within those sectors in rising rate markets.

EQRR seeks to track the performance of the Nasdaq U.S. Large Cap Equities for Rising Rates Index, an index that provides outperformance during periods of rising interest rates against standard large-cap indexes.

The index pulls from a universe of 500 of the largest companies on U.S. stock exchanges and contains the top 50 of those that have a history of outperforming in times of rising interest rates, or 10-Year U.S. Treasury yields. Every quarter, the index selects the five sectors that are most sensitive to interest rates at the time based on the correlation between weekly sector performance and the weekly percentage changes in the 10-Year U.S. Treasury yields over the last three years.

The sector that has the highest correlation is given a 30% weighting, the next highest is given 25%, in 5% increments all the way down to the lowest at 10%; the top 10 stocks within each sector that have the highest over and under correlation to interest rate changes are chosen. If there aren’t enough large-cap companies that qualify, mid-cap companies are pulled, and within each sector all securities are equally weighted.