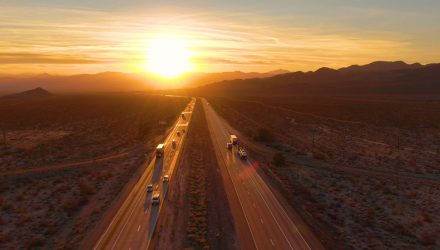 QCLN seeks investment results that correspond generally to the equity index called the NASDAQ® Clean Edge® Green Energy Index. The index is designed to track the performance of small, mid, and large capitalization clean energy companies that are publicly traded in the United States.

“The renewable energy sector is already outpacing the S&P 500 by nearly tenfold this year, according to analysts at Cowen. Not counting the highflying cell maker Plug Power (PLUG) and solar company Enphase Energy (ENPH), which are up 361% and 292%, respectively, the group of renewable energy stocks is up 57% this year,” reports Liz Moyer for Barron’s.

QCLN could be in for more good times if the former Vice President Joe Biden wins the upcoming presidential election because investors widely believe a Democratic regime will be favorable to renewable energy stocks.

“Former Vice President Joe Biden’s clean energy plan, along with new applications for certain technologies, are driving the interest. A blue wave that brings Democrats into the White House as well as into the majority in the Senate and the House could accelerate spending in the sector,” according to Barron’s.

Boosting the long-term cases for QCLN are data confirming solar and wind installation prices will continue declining in the coming decade. Then there’s the political angle.

“As a candidate for President, Biden has called for nearly $2 trillion to be invested over the next decade to set a clean electricity standard by 2035,” reports Barron’s. “Other Democrats who ran for the nomination proposed a similar deadline to reach that goal. And fellow Democrat Sen. Chuck Schumer proposed offering cash vouchers to trade in traditional gasoline-powered vehicles for electric vehicles, something Biden has also supported.”

Another reasons QCLN is relevant for strategic investors today is the sheer number of tailwinds at the back of the alternative energy industry, many of which are international in nature. Wind power is one just one example of that trend.

“Democrat proposals could also spur investment if they are adopted, Cowen notes. Biden’s clean energy plan calls for the installation of 500 million solar panels over five years, twice the size of the current market,” according to Barron’s.