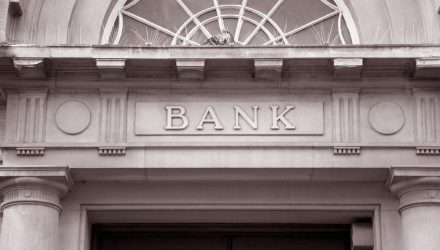 Delinquency Data a Boon for This Financial Momentum ETF

Rising Treasury yields are frequently cited as the primary catalyst for strength in financial services stocks and exchange traded funds this year, but there are other tailwinds for assets such as the Invesco DWA Financial Momentum Portfolio (PFI).

Up 19% year-to-date, PFI is benefiting from another scenario. Consumer delinquencies on loans and credit products are declining.

“In the years leading up to the coronavirus crisis, the rate of new consumer loan delinquencies remained around historical lows, largely because of the exceptionally strong job market,” according to Moody’s Investors Service. “Delinquencies typically rise following a spike in unemployment, such as that at the onset of the pandemic, because of declining personal income. But the rate of new delinquencies2 declined materially in the first quarter of 2021 to just 2.13% from 4.61% a year earlier because of exceptional amounts of US government fiscal stimulus, accommodative monetary policy, payment and eviction moratoriums, and now a strengthening job market.” 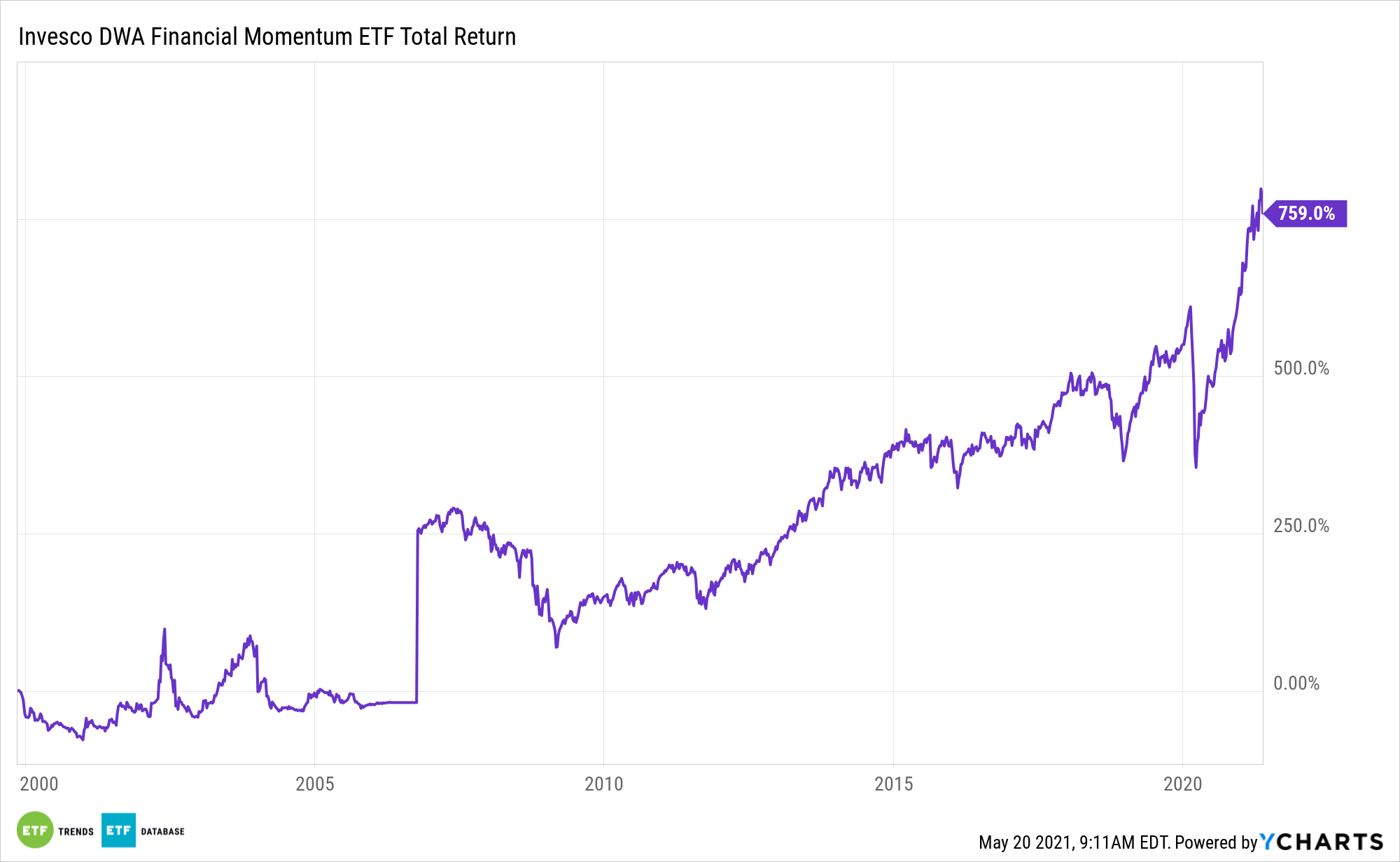 Banking on the Banks

Coming off a year in which banks were forced to set aside billions of dollars in capital for bad loans, improving delinquency rates are material for PFI components because as consumers keep paying their bills on time, banks can repatriate some of those loan loss reserves back into earnings. Fortunately, for investors considering PFI, it appears consumers are prioritizing debt reduction.

“Consumers are taking advantage of some of the fiscal stimulus, reduced consumption, and moratoriums to pay down higher cost debt such as credit card balances, which declined 13.8% from Q1 2020,” notes Moody’s.

Another benefit of on-time payments for banks, is that when bad loans are farmed out to collection agencies, the loan issuer usually collects just pennies on the dollar. Obviously, that eats into profitability.

“The rate of total new household delinquencies was extremely low at just 2.13% in the first quarter, down a very material 53basis points (bps) from an already low 2.66% in the fourth quarter and down 248 bps from 4.61% a year ago. Delinquencies are the lowest in the 18-year history of the survey, which began in Q1 2003 ,” according to Moody’s.

One last catalyst for PFI could emerge if the 6.1% unemployment rate dwindles. As Moody’s points out, elevated joblessness is often accompanied by rising delinquencies, indicating PFI holdings should benefit as more workers get back to work.