Semiconductors are among the most important technology products today. Assets like the iShares PHLX Semiconductor ETF (NasdaqGM: SOXX) are surging.

“The next big surge in demand for semiconductors will be driven by a doubling in the data centers that underpin virtually all online services over the next four years, according to the world’s second-largest memory chipmaker,” reports Bloomberg. 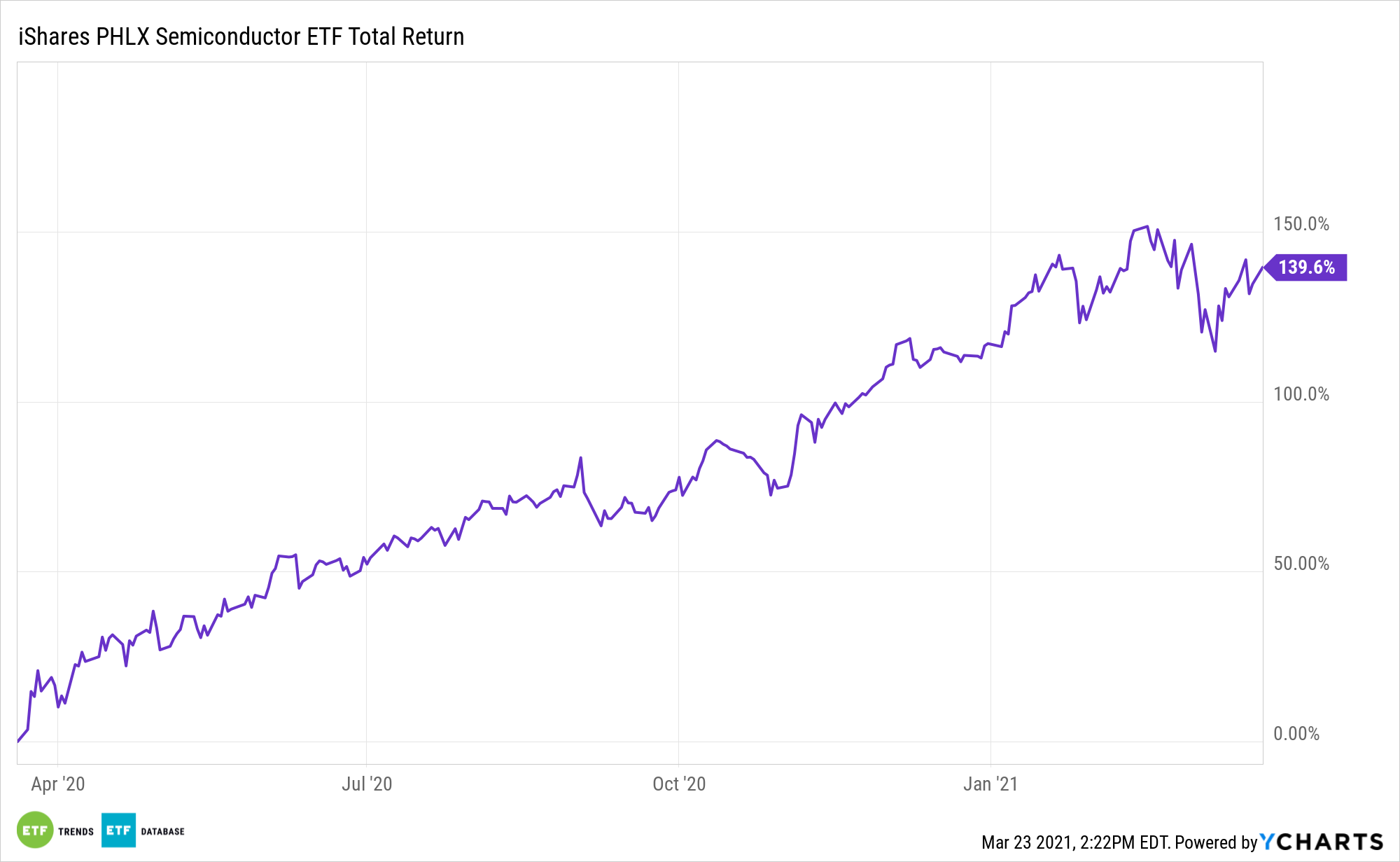 A Big Opportunity with Data Centers

With the number of hyperscale data centers poised to double by 2025, there’s massive opportunity for some SOXX components and investors.

“A data center can be thought of as part real estate part high tech firm. It is a location that houses critical IT infrastructure for both organizations and the internet at large,” according to DWS. “While potentially resembling a run-of-the-mill office building from the outside, the inside consists of specialized floorplans and equipment such as servers and networking devices, as well as back-ups for cooling or power. As one might expect, the power consumption is enormous for these facilities, at least when compared to more “traditional” office-like real estate, while security is also a key component of the cost picture.”

SOXX has other near-term catalysts. Consumer demand in China, especially for cars, has rebounded faster than expected from the coronavirus crisis. Meanwhile, orders for electronics such as laptops and mobile phones in regions still struggling with pandemic restrictions, like Europe and the United States, have also increased.

“The Covid-19 pandemic has spotlighted the importance of semiconductors like never before, first triggering a rush of demand for stay-at-home tech before later boosting car sales as various markets rebounded faster than expected,” concludes Bloomberg.