You are at:Home»Nasdaq Investment Intelligence Channel»Bank Stocks and ETFs Are Still Bankable 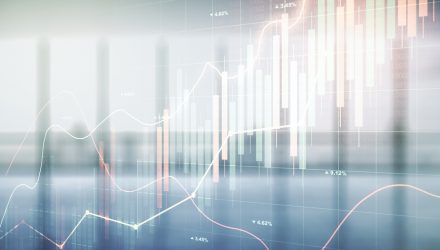 The Invesco KBW Bank ETF (NASDAQ: KBWB) is up a scintillating 36.54% year-to-date, but that doesn’t mean upside is capped from here for bank stocks and exchange traded funds.

In fact, KBWB, which tracks the KBW Nasdaq Bank Index, has looming catalysts that could make the exchange traded fund a winner in 2022. Those include an upcoming Federal Reserve meeting, which many market observers believe will provide more clarity on the central bank’s rate hike course for 2022.

“At the upcoming meeting, the Fed is expected to discuss speeding up the tapering of its bond purchases, which could open the door to rate hikes as soon as next year,” reports Natalie Zang for CNBC.

As was shown earlier this year when 10-year Treasury yields spiked, bank stocks are generally positively correlated to rising rates because higher rates boost banks’ net interest margins, or the spreads at which they loan money and pay depositors.

How many rate hikes the Fed unleashes next year remains to be seen, but one is all but a certainty at this point, and some experts believe that the tally could be as high as three. While a case can be made that Fed tightening is being priced into KBWB components, the fund and its components have other catalysts, as Tocqueville Asset Management’s John Petrides points out.

“A healthy consumer and a flurry of merger and acquisition activity among U.S. regional banks, in addition to rising interest rates, make the group that much more attractive,” Petrides said in an interview with CNBC reports Zhang.

Upcoming S&P 500 reclassification could also have a favorable impact on the financial services sector.

“The S&P 500′s annual reconstitution could also help, as some tech companies get reclassified as fintech, Petrides said, adding that the move will likely ‘attract more growth-oriented investors into the financial sector,’” according to CNBC.

Those factors don’t account for bank stocks’ ongoing status as value plays and the companies’ renewed commitment to shareholder rewards, meaning that investors can expect more buybacks and dividend growth from KBWB members in 2022, extending themes seen this year.

The $3.04 billion KBWB holds 25 stocks, many of which boosted dividends this year. Investors are showing affinity for KBWB this year, as more than a third of its assets under management tally arrived just since the start of 2021.