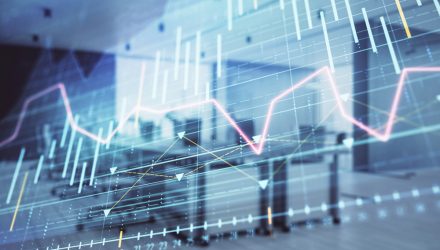 Municipal Bond ETFs Could Be Heading Toward a Rough Patch

Municipal bond exchange traded funds are having a tough time, and the immediate outlook doesn’t appear too promising, either.

Looking ahead, municipal bonds could be heading toward a rough patch as March and April have historically been the weakest months for muni fund inflows, with investors usually unloading some positions to help pay tax bills ahead of the mid-April U.S. filing deadline, Bloomberg reports.

This seasonal weakness may be especially pronounced this year, since the biggest tax-induced selling usually follows a year with strong stock market performances, like what we saw in 2021, according to Barclays Plc. strategists. The S&P 500 Index surged about 27% in 2021 and finished the year around record highs. Furthermore, by selling bonds now, investors can capitalize on the market’s 2022 declines to implement some tax-loss harvesting.

“Those two things could make March relatively ugly in terms of technicals,” Mikhail Foux, head of municipal strategy at Barclays, told Bloomberg, adding that the potential volatility due to the war in Ukraine and the Federal Reserve’s widely anticipated interest rate hikes could further fuel volatility.

So far in 2022, investors have already yanked almost $8 billion from municipal bond funds, according to Refinitiv Lipper U.S. Fund Flows data, due to elevated inflationary pressures and a hawkish Fed outlook. Meanwhile, investment-grade municipal bonds have declined 3% in 2022 so far, mirroring their worst start to a year since 2008, according to the Bloomberg U.S. Municipal Index.

CreditSights also warned that the amount of cash that investors will generate from municipal bond payouts in the next few months ahead will be “significantly” less than what was generated in February.

“If we see a continuation of even a dribble of outflows from mutual funds and then you’ve lost the influx of cash and reinvestment demand, it’s just another headwind,” Pat Luby, CreditSights senior municipal strategist, told Bloomberg.