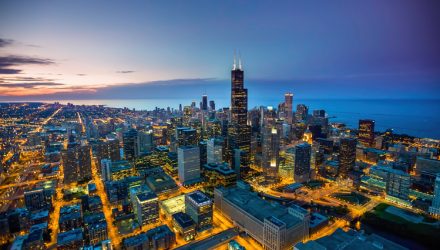 Municipal Bond ETFs Are Not Without Risks

However, some shake ups in the munis market have been a cause for concern. For instance, Puerto Rico declared its own form of bankruptcy, and now, Illinois had its bond rating downgraded by both Moody’s and S&P to one notch above junk, and it sports the lowest ranking on record for a U.S. state.

Illinois has gotten to where it is now after failing to implement a budget that addresses the government’s long standing deficits. The state has suffered through underfunded pensions and unpaid bills that equal roughly 40% of its operating budget, according to Madison.

If Illinois fails to shore up its finances and winds up with a speculative-grade debt status, it could drag down the whole market, leaving investors with limited liquidity and exposing many to potential losses.