You are at:Home»Multi-Factor Channel»Playing it Safe in Rocky Dividend Climate 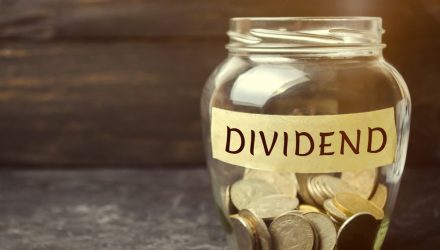 Active management has its benefits and that’s true with dividend equities, particularly at a time when global payouts are under duress. Consider the Principal Active Global Dividend Income ETF (CBOE: GDVD).

Data confirm that GDVD could be advantageous for investors looking to avert negative dividend action, of which there’s been plenty this year.

“Global dividend payments plunged $108 billion to $382 billion in the second quarter of the year, fund manager Janus Henderson has calculated, equating to a 22% year-on-year drop which will be the worst since at least 2009,” according to Reuters.

“All regions saw lower payouts except North America, where Canadian payments proved to be resilient. Worldwide, 27% of firms cut their dividends, while worst affected Europe saw more than half do so and two-thirds of those cancel them outright,” reports Reuters.

GDVD is a focused fund, holding just 62 stocks. Despite that small roster, the Principal ETF is home to some of the world’s largest dividend payers in dollar terms, including Apple (NASDAQ: AAPL), Microsoft (NASDAQ: MSFT) and JPMorgan Chase (NYSE: JPM).

“Some key factors will determine how strong the recovery in dividends will be,” reports Reuters. “The most obvious is the path of the coronavirus, but there is also what U.S. firms do later this year and whether Europe’s banks get the green light early next year to restart their payments.”