You are at:Home»Multi-Factor Channel»Adding Quality and Responsiveness When Dividend ETFs Need Those Traits 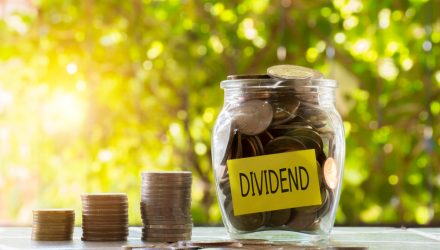 Adding Quality and Responsiveness When Dividend ETFs Need Those Traits

Index funds and ETFs often carry low fees and a slew of other advantages, but a fund that’s tied to an index can come with some drawbacks, including lack of immediate responsiveness to rapid shifts in market conditions.

In a trying environment for dividend investors, including those embracing traditional index-based ETFs, GDVD can stand out due to its focus on quality.

“While historically falling bond yields has tended to be a boon for dividend ETFs, this time has been different as the prospect of dividend suspensions and cuts has called into question the security of the income stream,” said Goldman Sachs strategist Jessica Binder Graham in a recent note.

“About half of the largest dividend funds have removed companies that have suspended or cut dividends this year,” said Graham. “However, current holdings suggest that these funds still have holdings in these stocks suggesting the potential for further turnover in future months.”

To that point, typical indexes used by passive ETFs only balance two to four times a year, making it difficult for dividend funds to swiftly remove companies after they cut or eliminate payouts. That’s not a problem for GDVD. In fact, several of the fund’s top 10 holdings have boosted dividends this year.