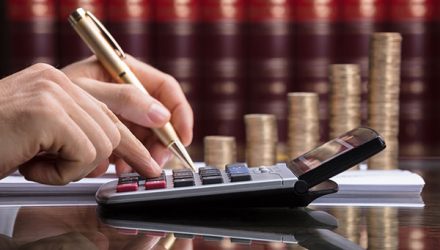 Where to Get Income in a Low-Yield World

So far in 2020, the yield on the 10-year Treasury has averaged an anemic 0.01 percent when adjusted for inflation. Since the end of January, it’s actually dipped below 0 percent, trading as low as negative 0.14 percent on January 31.

What this means is that investors are guaranteed to lose money on the 10-year T-note if held until maturity.

It’s against this low-yield backdrop that Judy Shelton, one of President Donald Trump’s nominees for the Federal Reserve Board, went before the Senate Banking Committee last week for her confirmation hearing. A former Trump campaign advisor, Shelton is seen as an unconventional pick for the central bank role for two main reasons: 1) She’s advocated for a return to the gold standard, and 2) She has recently argued in favor of lower interest rates—which could have the effect of pushing not just inflation-adjusted yields but also nominal yields into negative territory.

Some have already speculated that, if Shelton is confirmed and Trump wins reelection this November, she may be tapped to replace Jerome Powell as Fed chair when his term ends in 2022. During his tenure, Powell has repeatedly come under fire by the president for not cutting rates fast enough—something Judy Shelton may be more willing to do.

A lower-for-longer monetary environment has its benefits, to be sure. It’s great for borrowers. It makes it easier for companies and governments to service their debts. It encourages consumption. Indeed, rock-bottom borrowing costs have fueled U.S. household debt over the past decade, lifting it above $14 trillion for the first time at the end of 2019. Credit card debt alone hit a record $930 billion.

What’s good for borrowers, though, is not always good for investors and savers. Low-to-negative rates make it challenging to generate income, and this may push investors into riskier assets such as non-investment grade and junk bonds.

Just take a look at what’s happening in Greece right now. Never mind the Mediterranean country’s BB rated credit. A bond rally there has driven Greek 10-year yields below 1 percent for the first time ever as income-starved investors pile into one of the few eurozone debt markets to still offer a positive yield.

Can you blame them? The mountain of negative-yielding government bonds around the world, now at $13 trillion, could inadvertently cost pension funds and other institutional investors as much as $1 trillion this year, according to estimates by Daniel Tenengauzer, head of markets strategy at Bank of New York Mellon.

But who buys negative-yielding bonds anyway? (And here I’m talking about nominal bond yields, not inflation-adjusted yields. When adjusted for inflation, these bond yields are even more negative.)

Don’t act surprised, but chances are good that you own some in your 401(k), especially if it holds passive ETFs that track international bond markets. One of the more popular ETFs, the Vanguard Total International Bond ETF, is highly concentrated in some of the biggest issuers of debt that trades with a negative yield. As of the end of last quarter, 19 percent of the ETF was allocated to Japan, where about half of all debt carries a yield below zero. That’s followed by 12 percent in France and 9 percent in Germany, both of which also have a significant amount of money-losing bonds.

Again, you may own this ETF, and others like it, in your 401(k) or retirement account without realizing it. It’s worth checking to make sure because even JPMorgan CEO Jamie Dimon, who once said he “would never buy a negative-rate bond,” did, in fact, buy not just one but a plethora, as the investment bank had a nearly-25 percent stake in Vanguard’s international bond ETF.

So where can fixed-income investors go for yield today? Even the long-term 30-year Treasury isn’t paying up. According to reports, the Treasury Department last week sold as much as $19 billion of 30-year bonds at a record-low 2.061 percent yield.

One of the most attractive sources of income right now is tax-free municipal bonds. Many investors have come to the same conclusion, as a record $105.5 billion flowed into muni bond funds in 2019, according to Morningstar. That’s significantly more than the previous record of $75 billion, set in 2009.

This raises the question of how to invest. As you can see in the chart above, investors are choosing to get access to muni bonds through actively managed mutual funds over passive vehicles such as ETFs. An incredible 90 percent of all muni inflows in 2019 went into mutual funds, the remaining flows going into ETFs.

Why the scramble for munis? As I’ve already pointed out, they may offer more attractive yields than some other fixed-income options. And then there’s also the fact that they provide income that’s tax-free at the federal level and often the state and local levels. This feature no doubt appealed to many investors in high income tax states—including California, New York, New Jersey and others—who had their state and local tax (SALT) deductions capped at $10,000 starting last year, thanks to the Tax Cut and Jobs Act of 2017. And it isn’t just high-net-worth families who were affected.

Now that the law is in full effect, I expect demand for actively managed muni funds to stay high for the remainder of the year and beyond.

Still need help with your 2019 taxes? Check out our Tax Help Center by clicking here!

Holdings may change daily. Holdings are reported as of the most recent quarter-end. None of the securities mentioned in the article were held by any accounts managed by U.S. Global Investors as of 12/31/2019.