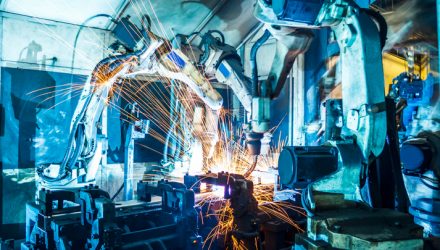 When it comes to infrastructure ETFs, such as the FlexShares STOXX Global Broad Infrastructure Index Fund (NYSEArca: NFRA), knowing that there’s a need for increased investment is only half the battle. Getting government approval for new infrastructure projects is another element in the equation.

Environmental regulations often stand in the way of infrastructure projects, but a spate of recent studies suggest refreshed infrastructure can actually benefit the environment. The White House is looking to streamline the process.

“The White House has begun reviewing a plan to change the way it issues environmental permits for infrastructure projects,” according to Bloomberg. “If the proposal is finalized, it could speed up National Environmental Policy Act reviews for roads, bridges, ports, pipelines, power lines, Internet trunks, and water systems.”

“The Trump administration and business groups say federal permitting is too cumbersome and expensive and must be sped up to spur growth,” reports Bloomberg. “The proposed update to the rules for implementing procedures under NEPA, if it becomes final, is almost certain to be challenged in court.”

“The Trump administration is pursuing commonsense, meaningful reforms to ensure America can build the infrastructure we need to provide for economic growth and job creation,” notes White House spokesperson.